BMW showcased the M4 CS at Auto Shanghai 2017 about three months back. Now, according Bimmer Today, a BMW M3 CS is on the horizon and could be launched in 2018.

Once launched, the M3 CS will boast a similar 454 hp, twin-turbo, 6-cylinder engine as its coupe counterpart, making it the most powerful M3 ever. Also, like the M4 CS, the 2018 M3 CS might only be offered with a dual-clutch transmission. 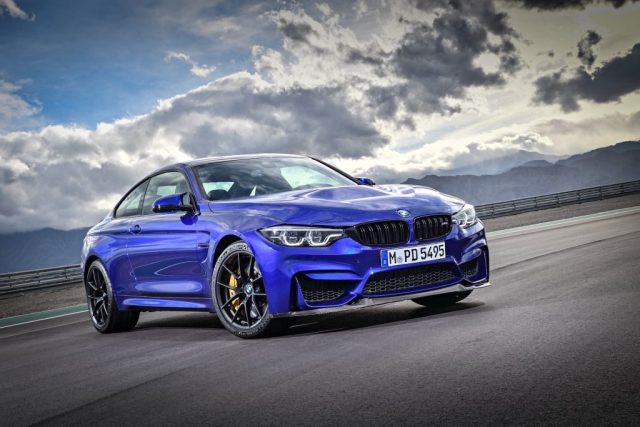 Now, the M4 CS slots in between the 500 hp M4 GTS and the M4 Competition Pack. The same will be true for the four-door M3. However, since, an M3 GTS doesn’t exist, the M3 CS will be the top-of-the-line model.

Moreover, the M3 CS is expected to get the same visual upgrades as the coupe. It could feature a carbon fiber splitter and diffuser, lightweight alloy wheels, carbon fiber roof and interior trim, alcantara upholstery and an overall sporty interior package.

It’s being reported that the M3 CS would lap the Nurburgring in under 7 min 40 sec. Whether it will be able to beat the Giulia Quadrifoglio’s lap record of 7 min 32 sec needs to be seen.

Meanwhile, BMW is also working on a hot new BMW M2 CS, which is expected to be unveiled at the 2018 Geneva Motor Show. We’ll be keeping our eyes on that as well.