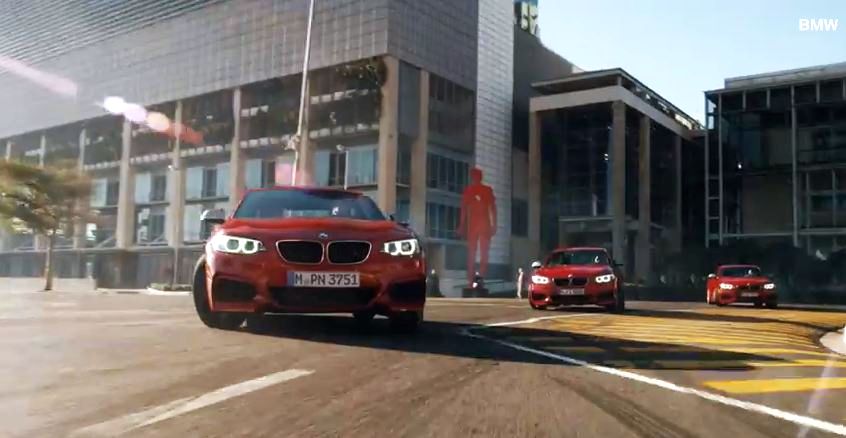 A few days back, BMW released a new promotional video of the new M235i coupe. Instead of filming it numerous scenic spots around the city of Cape Town, the producers decided to block a large traffic circle in downtown and let the cars lose for some intense drift action. They call it ‘Driftmob’ which is probably the best way to promote a rear-wheel drive BMW coupe. As you will see in the following video, it can drift quite well.

Click here to learn the art of drifting with Prof. Chris Harris

Based on the concept of flashmob, the video starts with a sole BMW M235i which is then joined by four more M235is which then put up a synchronized drift routine for about a minute before it gets a bit too much for the female cop on duty who then falls for one of the guys, etc, etc. Anyway, go ahead and watch the video. Also checkout the making of the BMW Driftmob with Drift Legends Rhys Millen, Samuel Hubinette and Dai Yoshihara and more.

PS: Five professional Hollywood stunt drivers in action on a closed course. Do not try this at home.