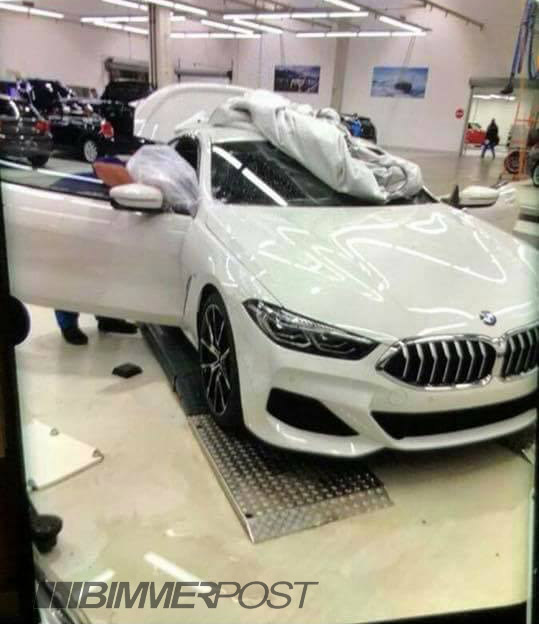 BMW 8 Series is set to unveiled on the sidelines of the Le Mans 24 Hours race in June 2018.

Beemer fans, rejoice, as the wait seems to be finally over! As per recent information, BMW is all set to unveil its the production version of the much-anticipated 8 Series at one of the most celebrated events in the world of motorsports, the 24 Hours of Le Mans, on June 15, 2018.

Believed to be positioned above the current flagship 7 Series sedan, the 8 Series is supposed to be a two-door coupe, if the spy pictures of the test car are to be believed. Derived from the 8 Series Concept revealed earlier, the new 8 Series is being tested by BMW for almost a year now, which is expected to come in both coupe and soft-top versions. Besides, BMW will be racing the competition version of the 8 Series, namely M8 GTE at this year’s Le Mans 24 Hours race. A potent rival of its arch nemesis, Mercedes Benz S-Class coupe, the new BMW 8 Series will have an exclusive design, which though will be in line with company’s design philosophy. The car will have a lot common with the 7 Series sedan, the car on which it is based, and that includes the powertrain options as well. Apart from the 3.0-liter six cylinder diesel from the 730d and 4.4-liter V8 petrol from the 750i X-Drive, the new 8 Series will also feature an iPerformance-badged plug-in hybrid and a V12 engine at a later stage.

Apart from the engine options, expect the 8 Series to get all the top-of-the-line gizmos and gadgetry from the 7 Series. Once launched, the new 8 Series will also re-jig the current lineup of BMW, as it will replace the current generation 6 Series coupe, GT and convertible versions.

Bugatti Bolide Track Hypercar is the most extreme Bugatti yet