The McLaren Senna was unveiled on December 10, 2017. This was the first time the supercar was seen in final production form. Almost a month later, social media is abuzz once again following the sighting of the first McLaren Senna on public roads. 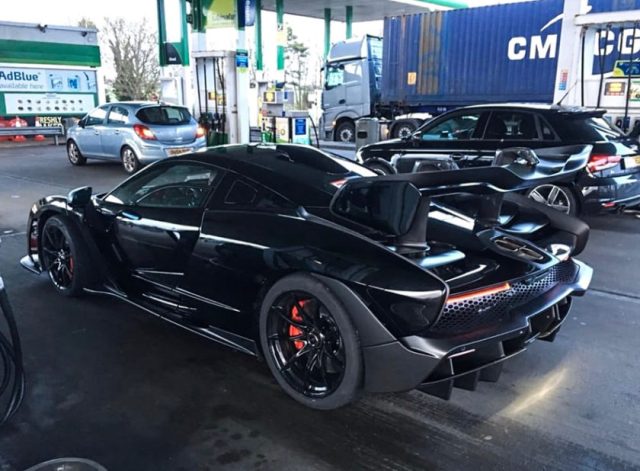 Now, I am not fan of the McLaren Senna’s styling but it does look promising in black. That said, the rear end looks rather odd and the spoiler looks out of place. McLaren would argue that the science of aerodynamics dictated the shape of the car. Well, that may be true but a little bit of effort in the styling department would’ve made it even more desirable. 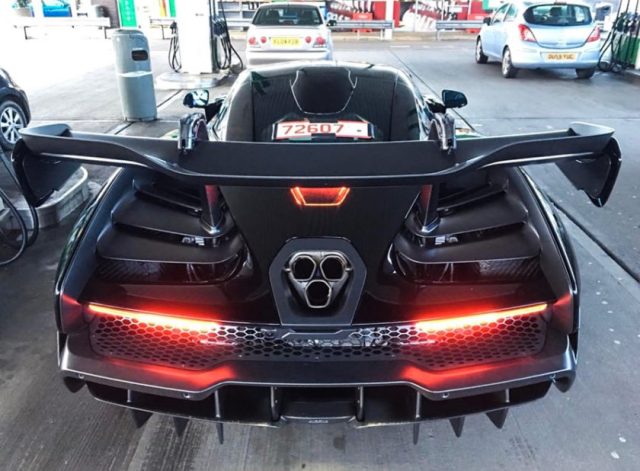 Styling aside, the 720S-based race car for the road has some serious poke under the oddly shaped bodywork. Its 4.0-liter, twin-turbocharged V8 produces 800 hp – in a car that weighs just shy of 1,200 kg. We still don’t know the performance stats, except for the fact that it will crack 200 mph with ease.