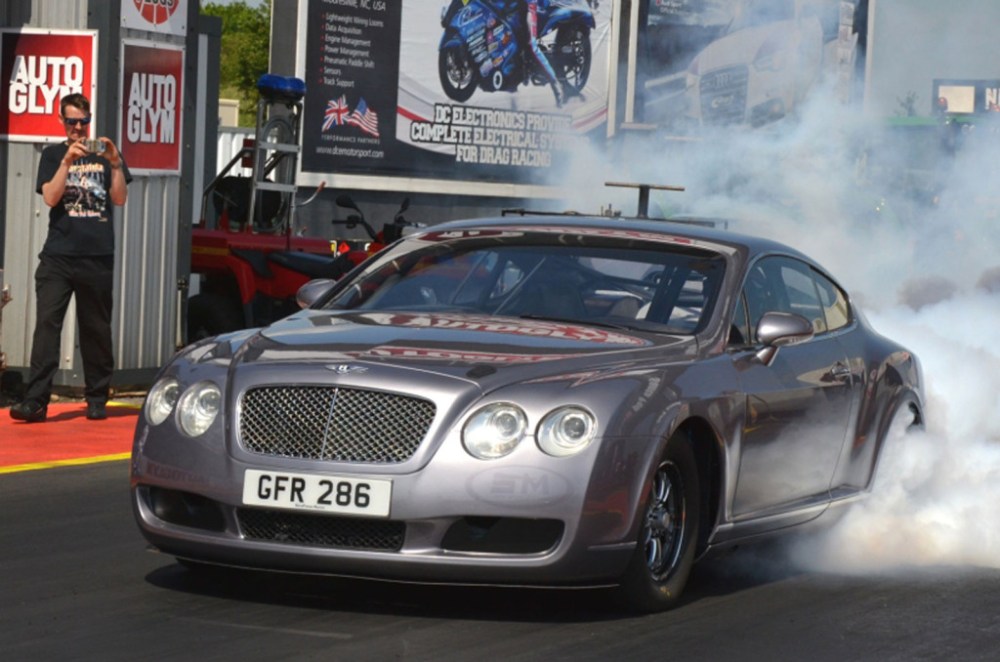 A Bentley Continental GT drag racer has been prepared to take on the quarter mile. On the outside, it has a perfectly normal Bentley Continental GT body. But, underneath the aristocratic design, resides an American redneck with over 3000 horsepower. The car is built to race in the FIA European Drag Racing Championship. The race weekend just got over and we are awaiting the results. That said, highlights of this particular Bentley Continental GT are rather astounding. Under the metal is a 10.2-liter twin-turbocharged V-8 from a Chevrolet and the total output of 3082 bhp dwarfs even a Bugatti Veyron SS.

It took part in the Street Eliminator class which includes vehicles that can also be driven on public roads. I’m not quite sure if the owner would want to drive this 3000 horsepower monster down a public road. Also, would it still be legal? I’m not sure. Anyway, the car cost over USD 420,000 to build and the project was completed over a period of eight months. The interior of the car has been stripped off and what ever was left had to be replaced with carbon fiber. A steel body shell was constructed to keep the occupants intact in an event of a crash.