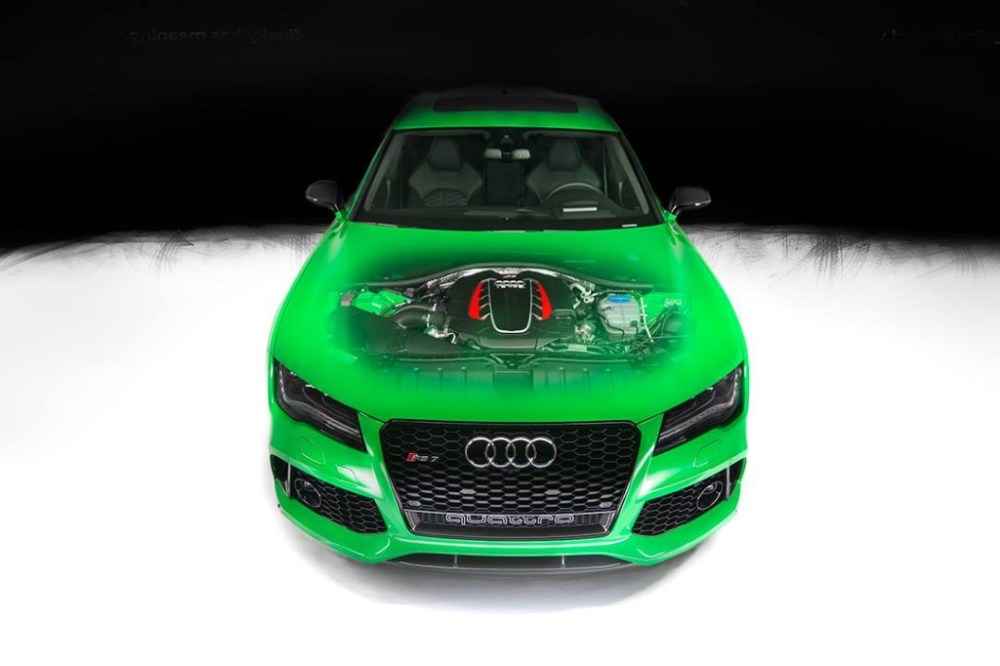 Jay Kay of Jamiroquai stunned the folks at Goodwood with his kermit green LaFerrari. Perhaps, taking inspiration from the spectacular Ferrari LaFerrari from Goodwood, Australian tuner ECS Tuning thought of this Audi RS7 Quattro. They’ve turned a brutal RS7 Sportback into a Signal Green performance saloon for the Hulk. Now, that’s a color from Audi’s own catalog, just that it costs fairly more to get it painted on an RS7 than the standard palette.

ECS Tuning owns this beast and we can guess why. Starting with the car itself, the Audi RS7 is powered by a 4.0-liter twin-turbocharged V8 that puts out 560 horsepower. The Quattro all-wheel drive system ensures you hit 100 kph in just 3.9 seconds and a top speed in excess of 300 kph. That’s quite staggering for a businessmen express like the Audi RS7. That said, the green color and head turner that is the RS7 is probably the best way to promote the ECS Tuning brand. Good choice there.