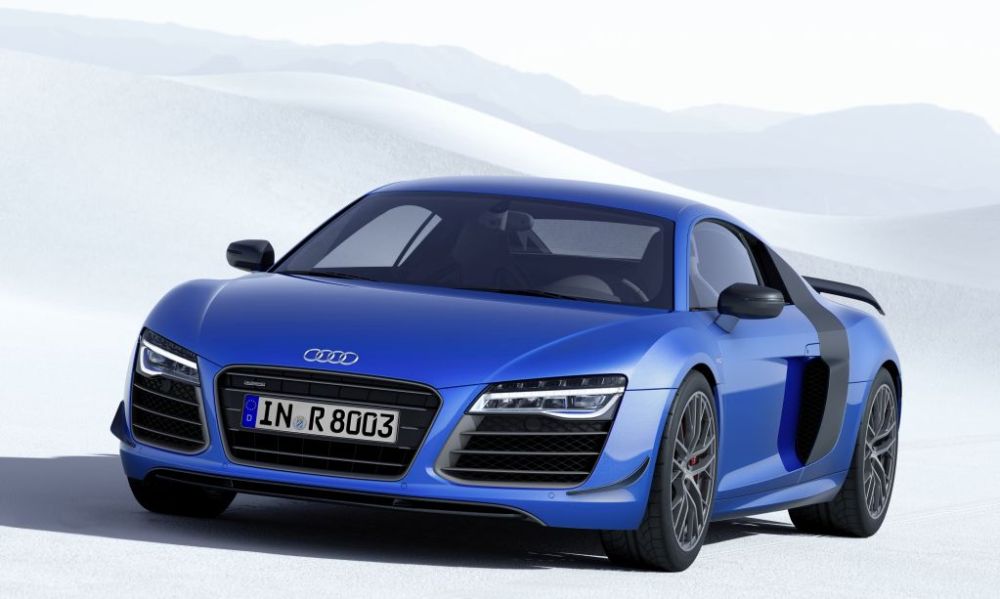 Advancements in lighting technologies have resulted in a whole new era of headlights, tail lights and in-car illumination. Most modern cars use LEDs, while some mainstream cars use bi-xenon bulbs. Each of these technologies has its advantages, ultimately offering better illumination in all conditions. BMW first used laser lights in the i8 hybrid sports car. The main-beam of the i8 used this innovative new technology, the high-beam however, consists of LED. Audi has now become the first car maker to offer laser high beams.

The Audi R8 LMX is the world’s first production car to be fitted with laser high beams. This limited edition supercar is now available for order. The car is powered by a naturally aspirated V-10 engine that produces 570 hp. Quattro all-wheel drive is standard on the R8. Thanks to the potent engine, the R8 LMX hits 100 kph in just 3.4 seconds. Audi engineers have been working on efficient lighting technologies for a while now. The company recently showcased the Audi A8 with Matrix LED headlights which incorporate dynamic turn signals. The Laser lights fitted to the R8 LMX offer improved visual range and could soon trickle down to other Audi products as well.

“Audi has long dominated the most important 24-hour race. In addition to the outstanding TDI drive technology, a maximum light yield gives our pilots a major advantage, and with night racing in particular is a key factor to our success,” says Prof. Dr. Ulrich Hackenberg. “The transfer of the laser headlight to the Audi R8 LMX underscores our leading position in lighting technology. The safety benefit this provides to the customer truly represents Vorsprung durch Technik,” says AUDI AG’s Board Member for Development.

– Limited-edition supercar can now be ordered

Audi is the leader in developing automotive lighting technology. In 2008, the Audi R8 became the first production car in the world to boast all-LED headlights; this was followed in 2012 by dynamic turn signals. Audi launched a new chapter in automotive lighting with the Matrix LED headlights, which debuted in the updated A8 in 2013. Now the brand with the four rings is igniting the next stage in the R8 LMX: the laser spot for the high beams. It increases the range substantially, which is ideal for a supercar like the R8 LMX.

The Audi engineers work very closely with their racing colleagues on the development of lighting technologies. The combination of LED and laser high beams, for example, will be used for the first time on the new Audi R18 e-tron quattro at the 24 Hours of Le Mans on June 14 and 15. The premium brand is thus continuing its tradition of using racing to test new technologies destined for production.