The Audi R8 facelift will be the last hurrah of the iconic mid-engined supercar.

Audi really wants to make the R8 accessible to a lot more people before the model gets axed in 2020. The mid-engined supercar recently received a rear-wheel drive variant called the R8 RWS. Now, Audi has announced that the R8 facelift will be offered with a 2.9-liter, twin-turbo V6 petrol unit. The engine is shared with the Porsche Panamera, Audi RS5 and RS4 under a joint venture between the two VW Group companies. This new V6 model will clearly fill the void that was left by the old naturally aspirated V8 and make the car a lot more affordable.

There is no word yet on the power output of the twin-turbo V6 for the R8 facelift but we know that the unit produces 434 hp and 405 lb ft of torque in the new Panamera 4S. With subtle tweaks including higher boost, the engine could end up producing more than 500 hp and up to 500 lb ft in the R8. Reports also suggest that the engine might be offered in various states of tune.

We can expect a launch soon since prototypes of the new car complete with the redesigned body panels have been spotted. Changes to the body include a revised front bumper with a new single frame hexagonal grill. It looks similar to the one we have seen in the latest Audi saloons. The front air intakes, which used to feature vertical bars have been replaced by conventional mesh. There are changes on the rear too. The most noticeable being the two oval exhaust tips and an air diffuser which looks more understated. 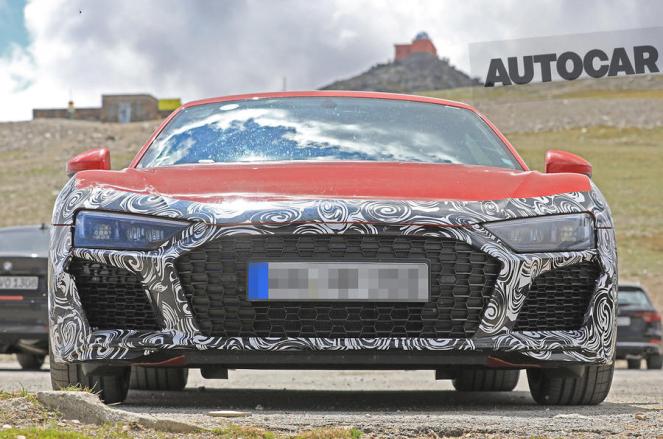 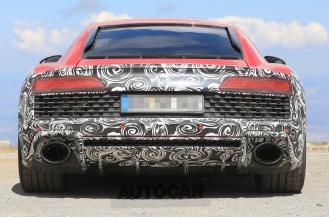 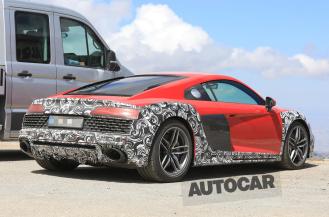 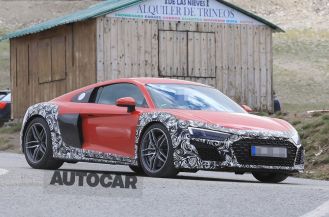 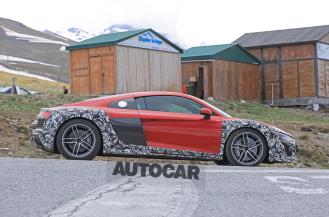 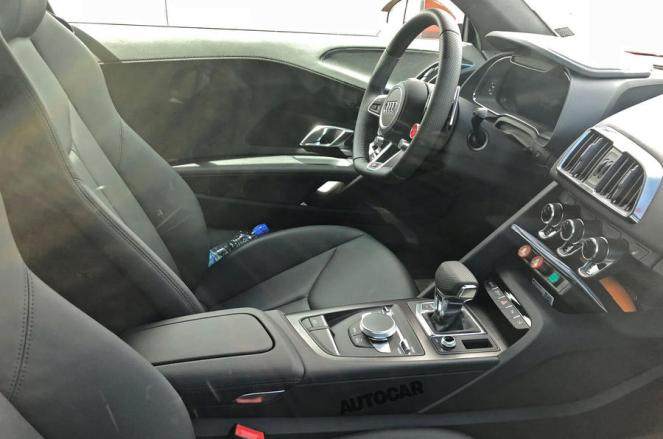