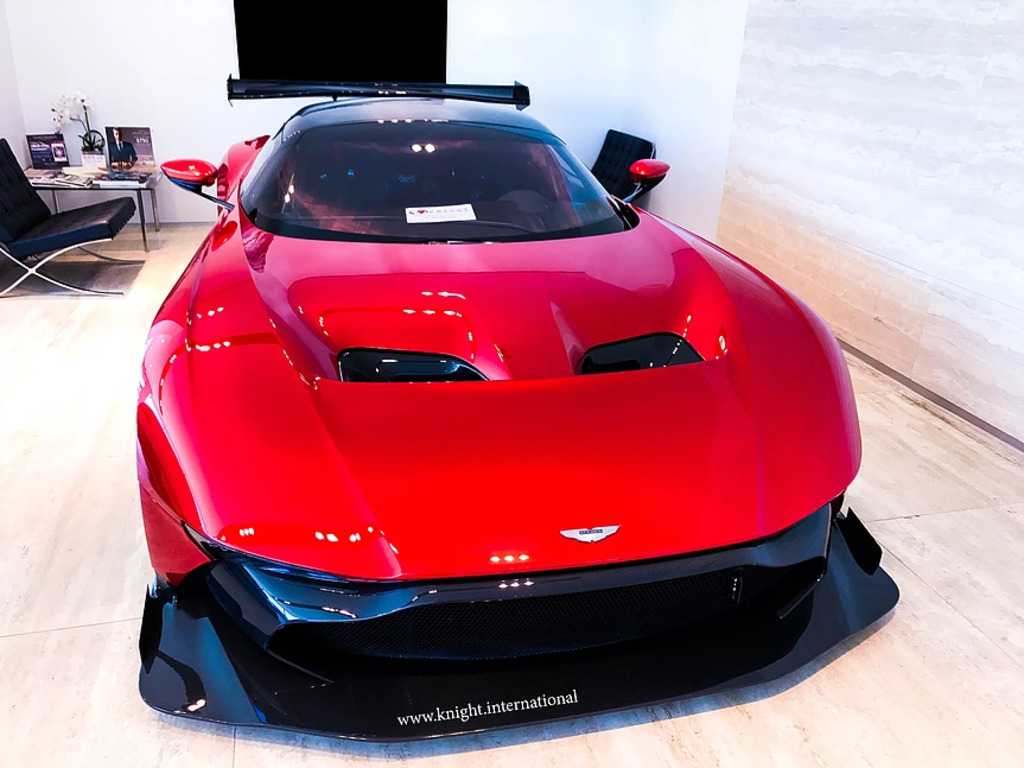 All the attention might have turned to the Valkyrie, but the Aston Martin Vulcan hasn’t lost any of its sheen. Unveiled in 2015 as Aston’s answer for Ferrari Corse Clienti and Mclaren’s P1 GTR program the Vulcan is more exclusive than your Laferrari FXXK or the ultimate P1 track car. Only 24 units were ever produced now one of the 24 Vulcans is up for sale in the USA. It is listed by Knight International of Dubai.

This particular example is finished in an extravagant ‘Flamma Red’. The car has 550 kilometers on the odometer all done on the track under the supervision of Aston Martin Racing programme. Sure, you cannot drive the car on public roads but we are sure as hell, you will be waiting for the weekends just to take this car on the raceway. The V12 alone in the car is enough to give a hard time to your hybrid assisted FXXK on the track.

Not just the performance but the noise coming out of the naturally-aspirated V12 would leave even Ferrari fiends wondering which of the two sounds better. The twelve cylinder engine producing 804 hp is coupled to a custom Xtrac sequential racing gearbox to send all the power down to the rear wheels.  The Vulcan’s body is carbon in its entirety, weighing just 1,350 kg (2970 lbs). Needless to say, the Vulcan was launched with carbon ceramic brakes as standard.

If you haven’t already made up your mind, Knight International will offer immediate delivery after you have signed the contract and transferred $2.9 million to their account.