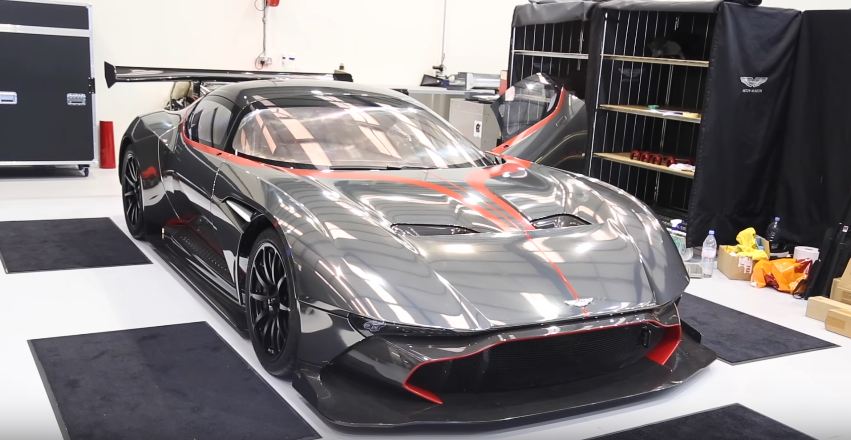 The guys at Yiannimize have worked their magic on numerous exotic cars, but nothing quite like this. So, when an Aston Martin Vulcan rolled into their garage to get wrapped, everyone was pretty excited.

The Aston Martin Vulcan is an ultra rare track car that was revealed at the 2015 Geneva Motor Show. It costs $2.3 million and only 24 were built. The team at Yiannimize had never worked on such a rare car before. That said, the car was accompanied by a few engineers from Aston Martin who were used to handling the expensive machinery.

In the end, the Aston Martin Vulcan was wrapped in chrome black with red accents. The owner decided to wrap it to protect the original paint and carbon fiber from rock chips and other kinds damage, even though it would only ever be driven around a racetrack.