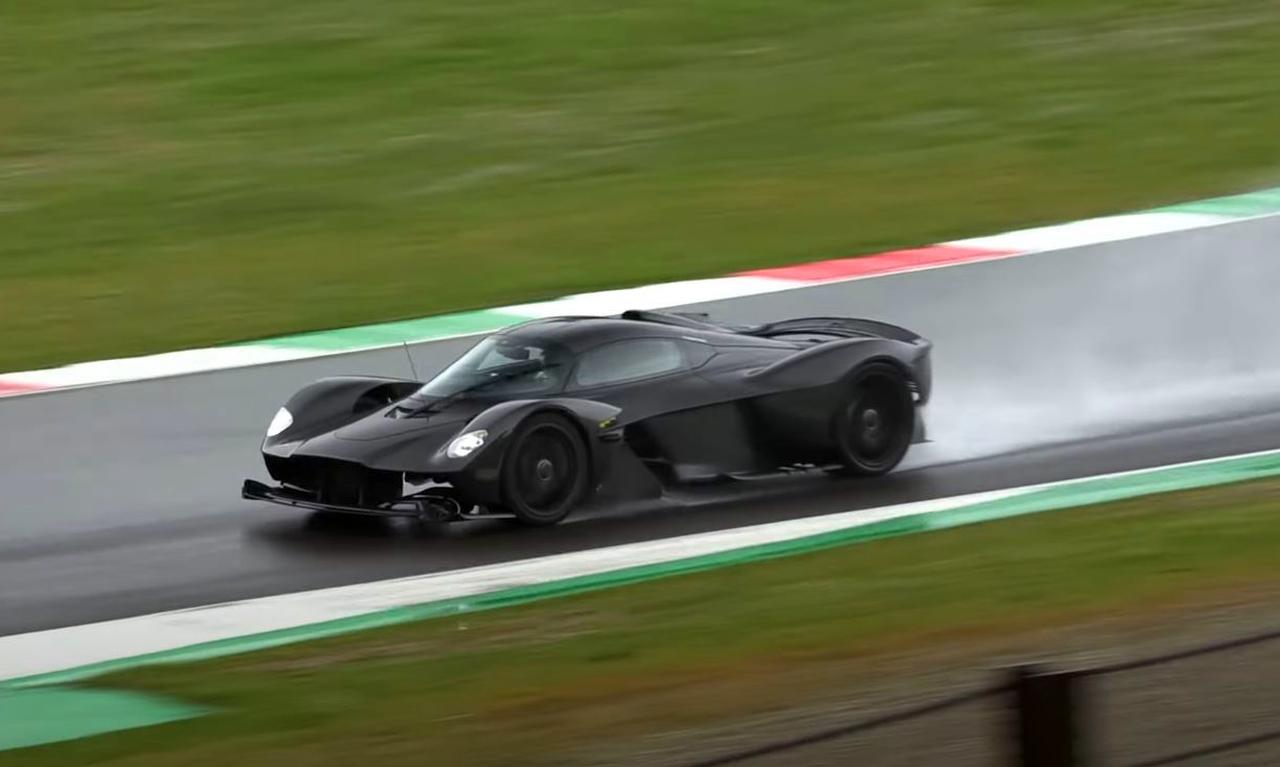 An Aston Martin Valkyrie was spotted at the Mugello circuit in Italy recently. The torrential rain made conditions far from ideal to drive a 1000 hp hypercar. Still, 19Bozzy92 was at the track to catch it in action.

You can see the Valkyrie exiting the pitlane at the beginning of the video. Note the active rear wing changing its angle as it drives away. The car goes around the track and as it makes its way along the start /finish straight, notice how it loses traction briefly while on full throttle.

The Valkyrie is powered by a 6.5-liter, naturally-aspirated V12 engine that revs to 11,000 rpm. It produces north of 1000 hp. The sound of this engine will surely send shivers down one’s spine. I’m sure, despite the rain, 19Bozzy92 had an absolute blast filming the car.