A few years ago, Aston Martin came up with the Vulcan. We thought, it couldn’t get any more extreme than this. We were wrong.

Aston Martin just revealed the most hardcore version of its upcoming Valkyrie supercar. The Valkyrie AMR Pro will be a limited edition, track-only supercar that will be offered alongside the standard Valkyrie. Aston Martin will only build 25 of these track specials and predictably, they’re already sold out. 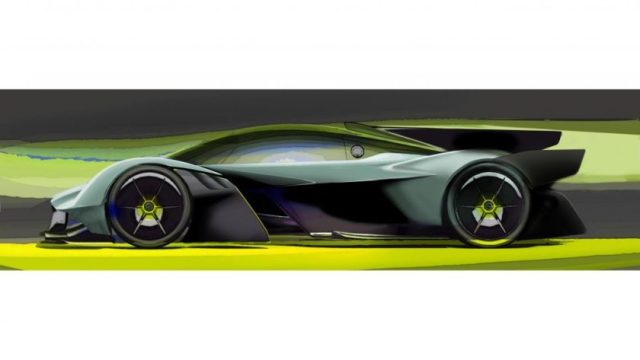 The British car maker today released a couple of rendering of the Valkyrie AMR Pro. Now, the standard Valkyrie is already quite extreme. The AMR Pro version gets even more aero than its road-legal counterpart. It has a more pronounced front splitter and additional vents behind the front wheels. Like modern F1 cars, the Valkyrie AMR Pro gets a shark fin and a large fixed spoiler. According to Aston Martin, the changes have resulted in a “significant increase in downforce”

Under the carbon fiber skin, the car gets revised suspension components including carbon fiber wishbones. It rides on 18-inch wheels that shod with LMP1-spec Michelin tires. It even has a polycarbonate windshield and moulded race seats.

The engine is the same 6.5-litre naturally aspirated V12 that will be offered on the road car, however it has been turned up to produce even more power and torque. Top speed, despite the aero is likely to be around 250 mph!