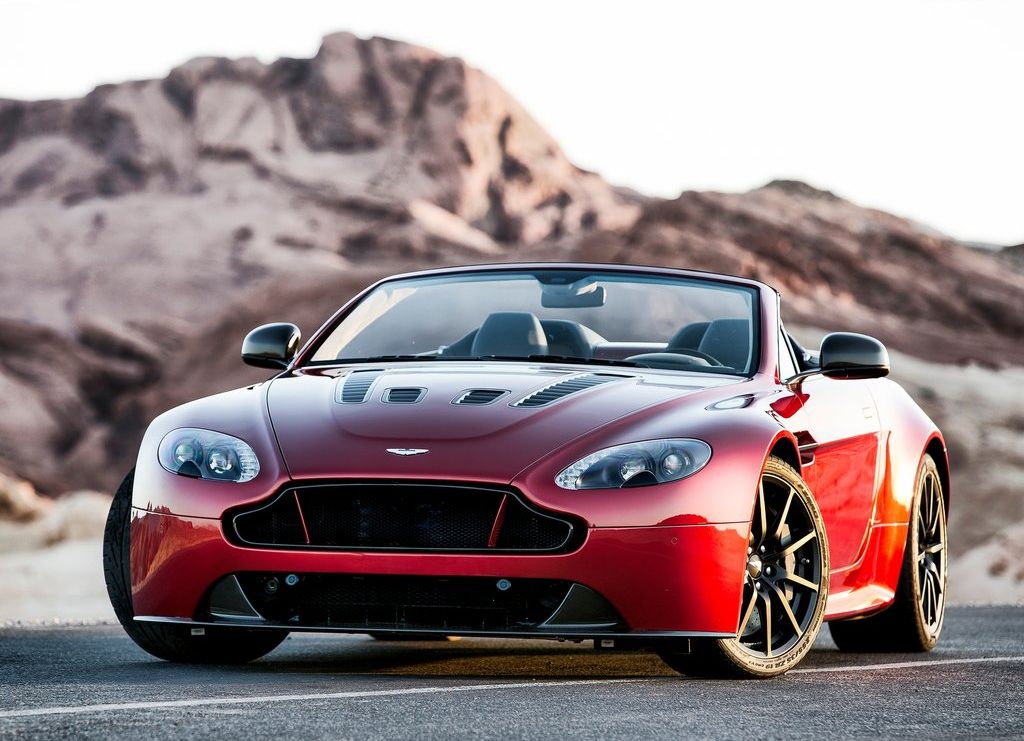 Aston Martin is better known for making the definitive British sports car where performance is not everything. Stunning looks coupled with exquisite craftsmanship and a glorious soundtrack perhaps sums up the Aston Martin experience. Over the years, the British marque has upped its game by introducing a few hardcore versions and one of them was the Vantage S equipped with a V12 engine from the DB9 range. Customers and enthusiasts alike have loved the V12 Vantage for its small proportions and extreme poke.

Now, the brand has launched a range-topping V12 Vantage S Roadster. This car gets a folding soft top with the same ingredients as the coupe. The V12 engine delivers 565 hp and 457 lb-ft of torque to the rear wheels via a Speedshift transmission. It can do 0-60 mph in under 4 seconds and tops out at 201 mph.

The much powerful and sportier V12 Vantage is instantly recognizable from the vents on the bonnet, redesigned meshed grille and carbon fiber bits and rear fascia. The interior of the car isn’t much different to the standard car however. So, the new Aston Martin V12 Vantage S Roadster is the newest and rather expensive hair dryer packing 565 hp. You certainly won’t be wanting for more attention.