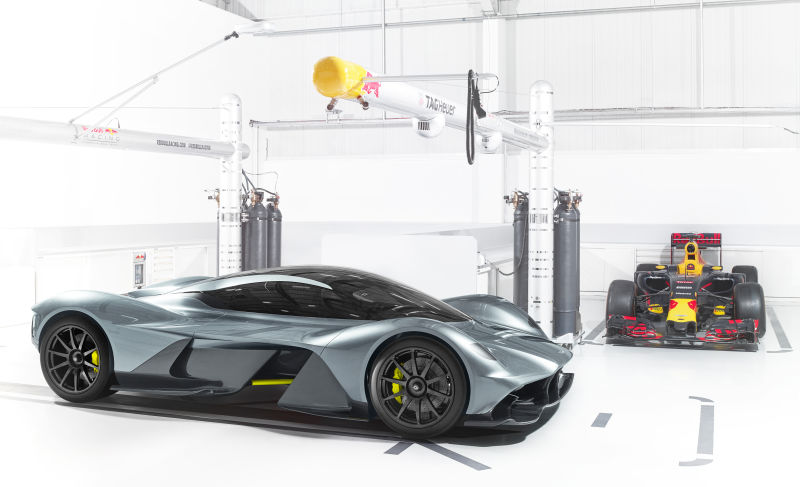 Aston Martin has released the first official images of the AM-RB 001 supercar. Have a look and try to describe the car in one word in the comments section below.

Currently known as the AM-RB 001, this new V12-powered supercar is the brainchild of Red Bull’s Formula 1 design chief Adrian Newey. What you see here is an early mock up. But, according to Marek Reichman- Aston Martin design boss, the production car would be very similar to this. 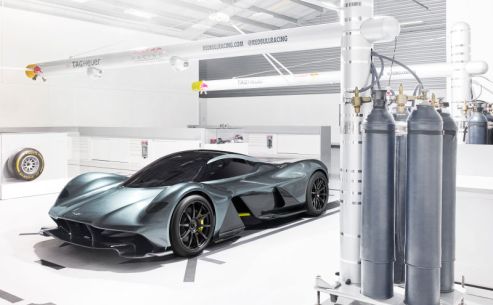 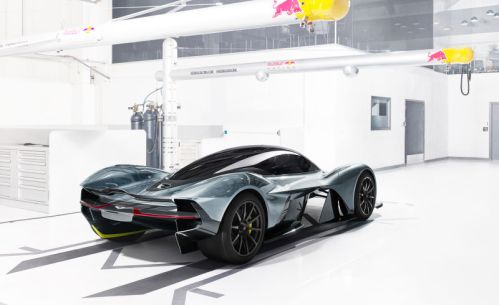 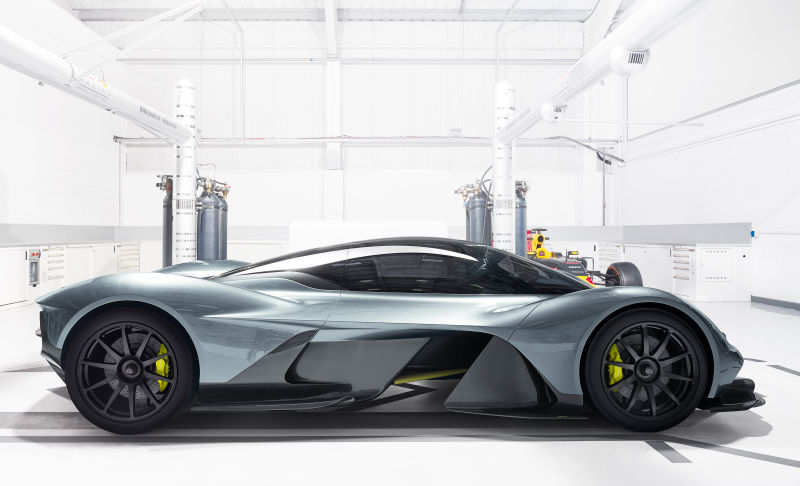 The powertrain is yet to be confirmed, however we do know that there’s a naturally-aspirated V12 hiding under that carbon bodywork. It is a hybrid and weirdly hasn’t got a reverse gear in its gearbox to keep the weight down. The combined output is believed to be around 1000 hp.

It’s all about power-to-weight 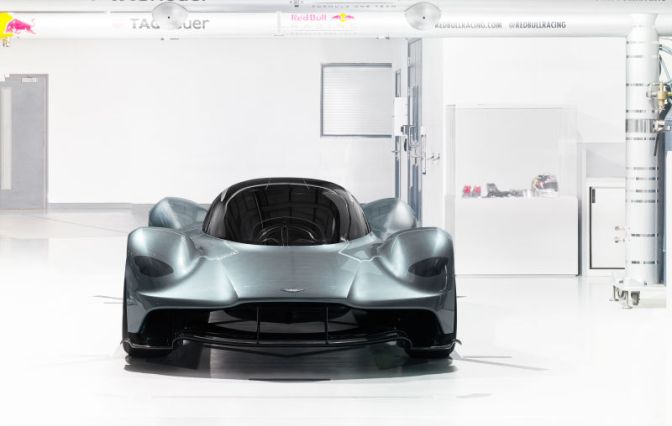 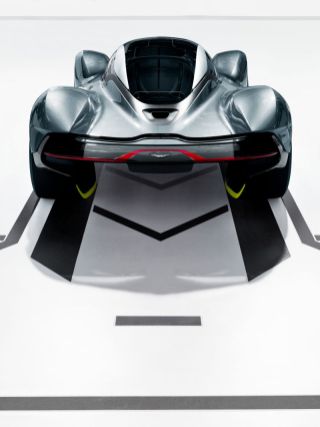 Aston Martin is planning to build 99-150 road cars of the AM-RB 001 and an additional 24 track-only examples in extreme trim. That said, 370 customers have shown interest in the product. That’s more than double the number of cars Aston Martin plans to build.

The two-seater will have an air-con and infotainment system along with other creature comforts. Luggage space however will be minuscule. The interior of the car will be revealed early next year. 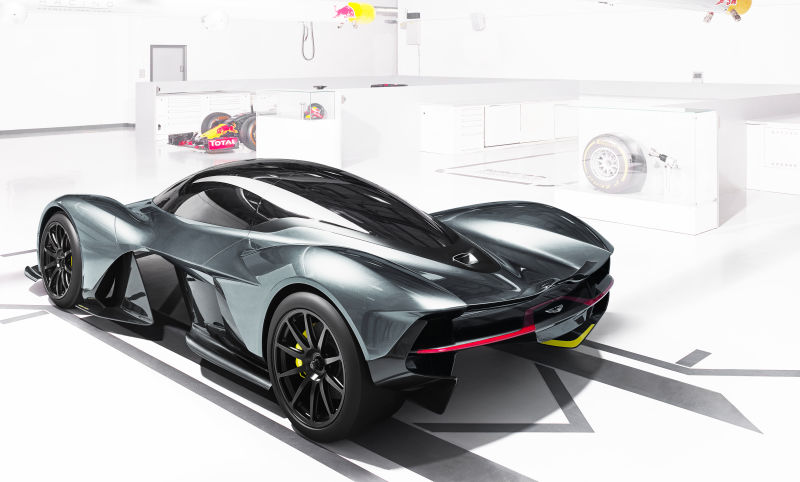 While, they haven’t revealed the price yet, it is expected to cost around $3-4 million a piece. Deliveries are set to begin in 2018. 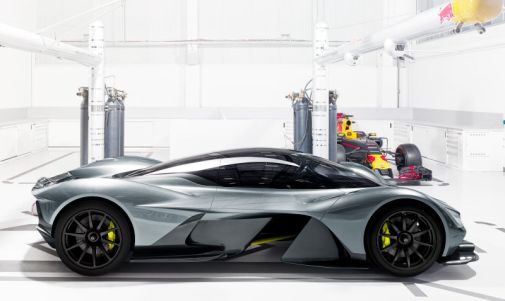 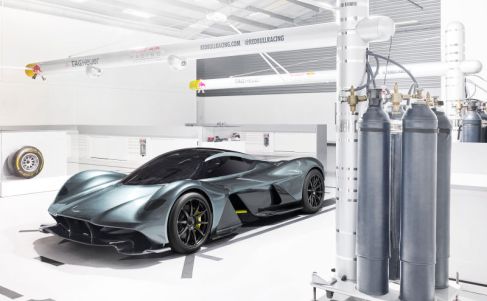 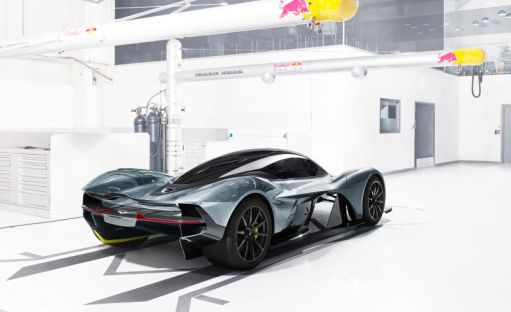 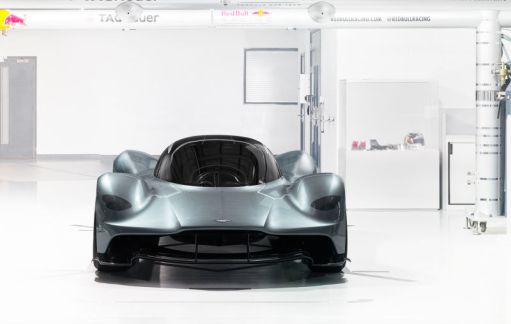 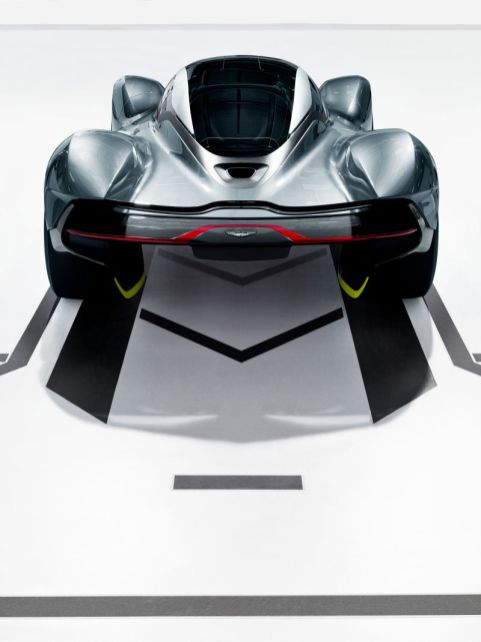 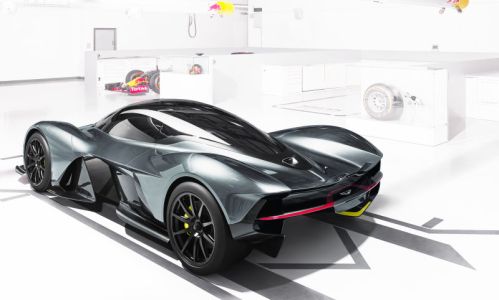 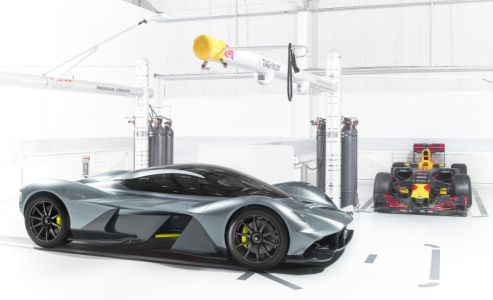 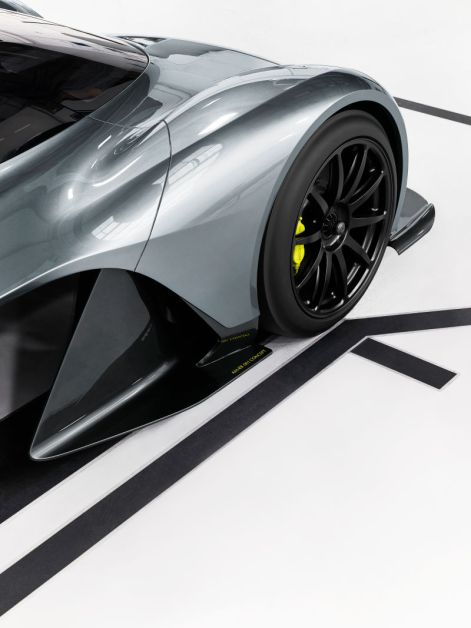 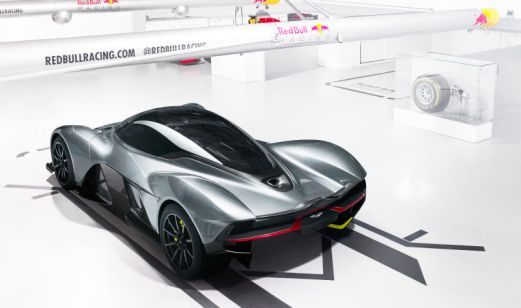 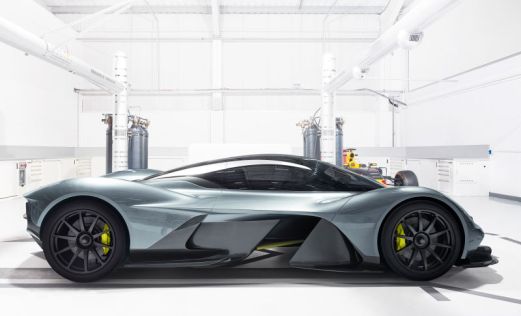 Aston Martin and Red Bull are building a supercar. A scale model of the AM-RB 001 was unveiled to prospective buyers at a private event in Monaco recently. According to Autocar, the AM-RB 001 is set to make its public debut on July 5 ,2016.

For now, we will be treated to a scale model while the actual prototype will be revealed at a later date. That said, about 70-80 percent of the features seen on the mock up will make it to the prototype stage.

“We have a full-sized model of the surfaces as they stand, which is going through regulatory validation, so we’re checking things such as seat position, eye position and visibility.”– Andy Palmer President and CEO of Aston Martin.

According to the chief designer Marek Reichman, most of the customers like the design of the AM-RB 001. Adrian Newey, who is the technical brain behind the project thinks the design is “uncompromised”. It will be the lowest riding supercar ever and is also touted to be faster than an F1 car.

The AM-RB 001 will have a petrol-powered V12 engine in the middle coupled a hybrid system. It will also feature an energy recovery system for an additional boost in performance.