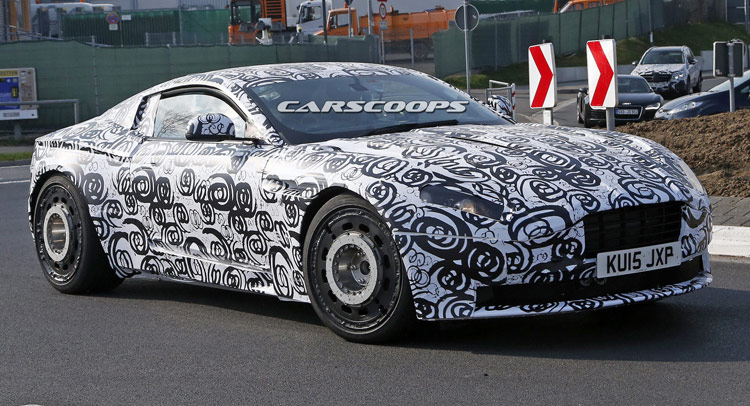 Aston Martin DB9 replacement has been caught testing. The test mule clad in familiar camouflage was spotted by folks at Carpix recently. The British sports car maker has already showcased a concept hinting towards a brand new Aston Martin model. It is believed that the DB9 successor would use a DB11 badge, although that’s not confirmed yet. 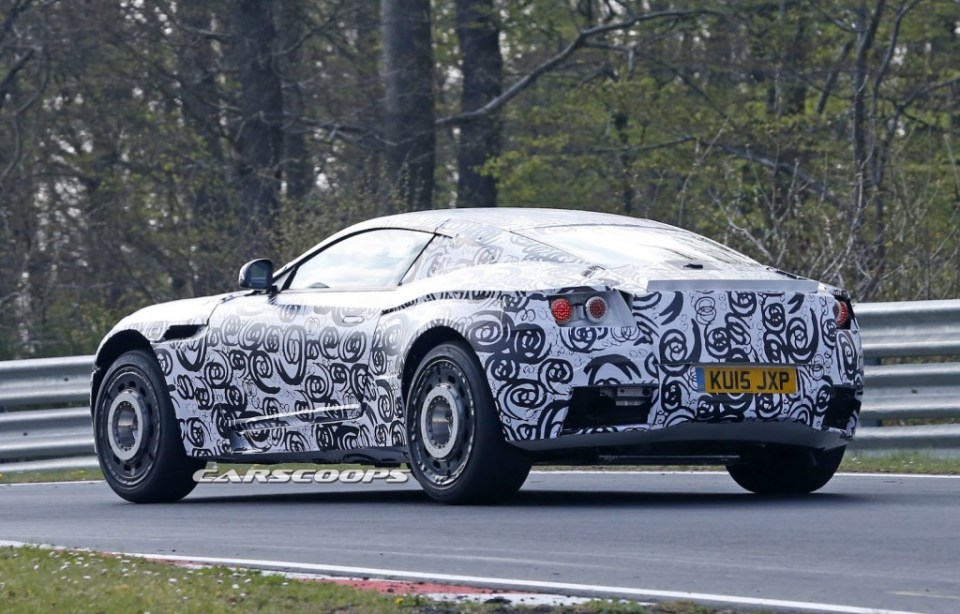 Aston Martin has moved away from conventional manufacturing practices and developed a lightweight bonded-aluminium platform for the DB89 replacement. Also mew to the Aston Martin range will be a Mercedes-AMG built 4.0-liter Bi-Turbo V8 engine. That said, Aston isn’t ready to give up the 6.0-liter V12 engine as of yet. It is an iconic engine that Aston Martin cars are known for. However, we can expect an reworked V12 that’s more fuel efficient and kinder to the environment than before.