Aston Martin has revealed the first images of the DB11 Volante. The open-top version of the new V12 Aston Martin will arrive in early 2018.

These preview images shows an early prototype sporting a fabric roof and an exterior similar to the DB11 coupe. It will share the same twin-turbo V12 that powers its hard-top sibling. Moreover, it would be slightly heavier than the coupe which could affect overall performance. 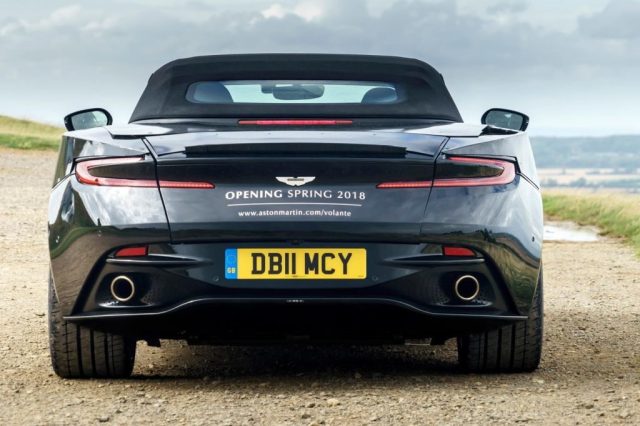 Aston Martin is yet to reveal performance figures for the upcoming DB11 Volante. That said, we can expect to know more as the prototype stage winds down. Now, the DB11 coupe uses a brand-new 5.2-liter twin-turbo V12 which makes 600 hp and 516 lb-ft of torque. The convertible will sport a similar powertrain coupled with an 8-speed automatic transmission.

The coupe was revealed at the 2016 Geneva Motor Show. So, there’s good possibility of the Volante being showcased at the 2017 event. Keep watching this space for more on the Aston Martin DB11 Volante. 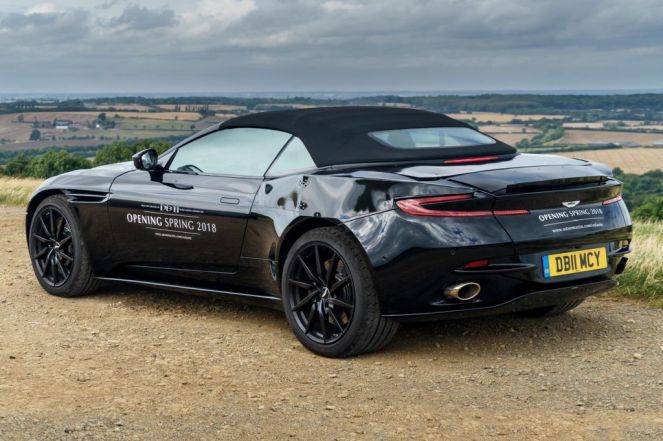 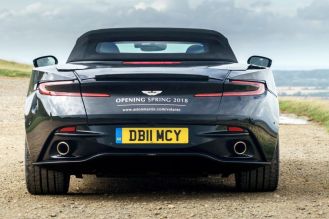 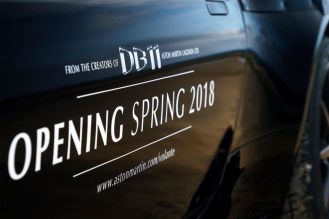 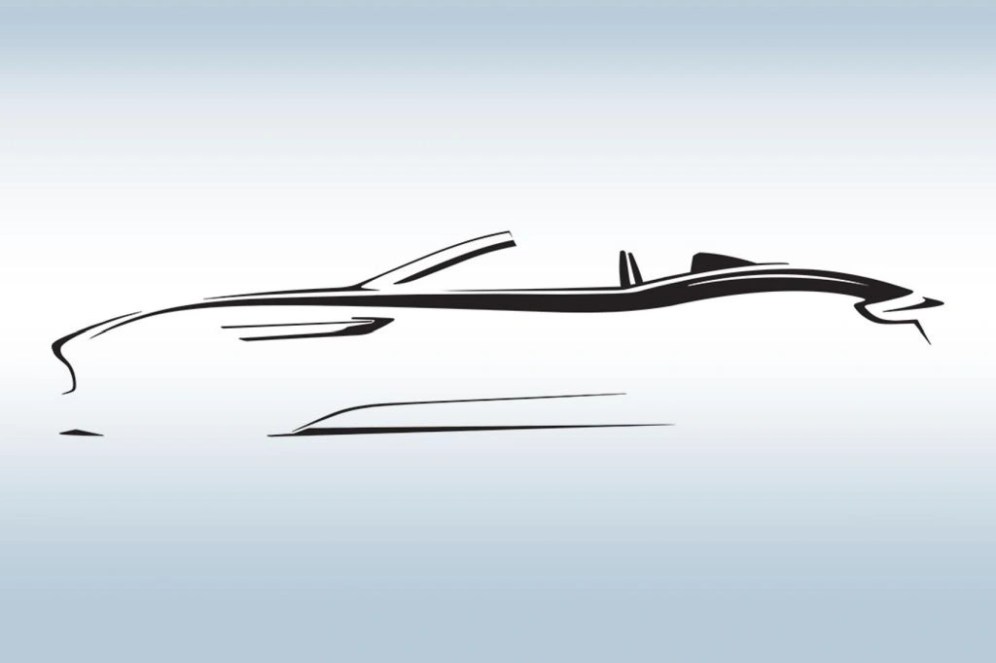