Aston Martin today confirmed that a Vanquish Zagato Shooting Brake will be added to its current line up of highly exclusive cars.

The British marque is all set to unveil the Vanquish Zagato Speedster next week at Pebble Beach. While, all 28 units of the Speedster are already sold, 99 units of the Shooting Brakes are planned for production. Earlier, Aston Martin had launched a coupe and volante version of the Vanquish by Zagato.

The bodywork is all carbon fiber and despite its looks, the Shooting Brake has just two seats. It features a powered tail gate which provides access to a luxuriously trimmed cabin. It even comes with a bespoke luggage set. The front fascia is finished in herringbone carbon fibre with anodized bronze rotary controls. 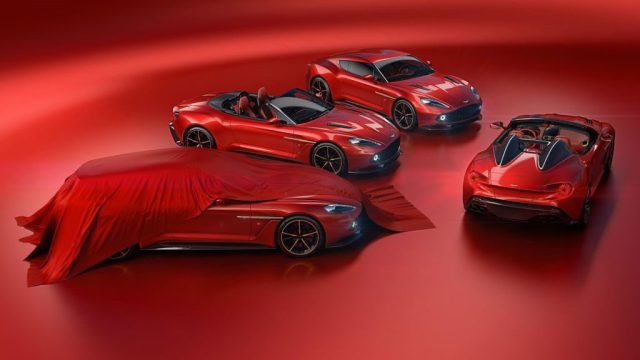 Underneath the bespoke bodywork, the cars are all identical and use the Vanquish S as the base. Power comes from a 5.9-liter, naturally aspirated V12 engine that delivers 592 hp and is mated to an 8-speed automatic transmission.

While, Aston Martin hasn’t revealed the official price of the Shooting Brake, it is expected to cost upwards of $650,000. Production is said to commence in 2018.