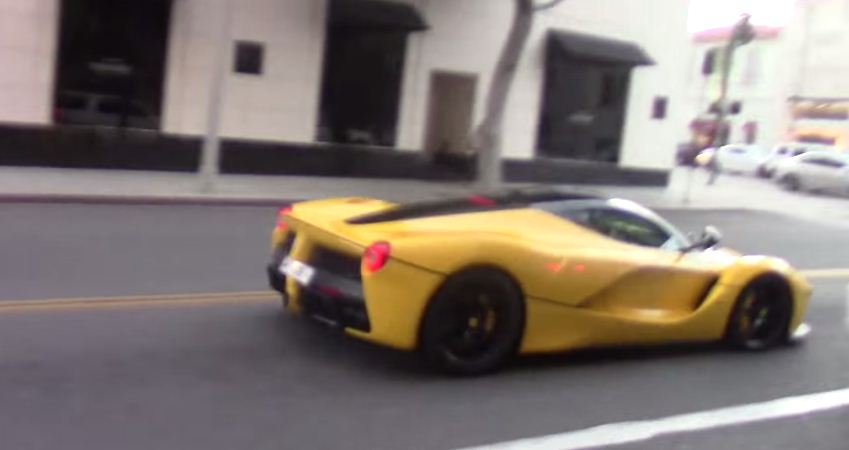 The tires on a Ferrari LaFerrari don’t come cheap. But, that shouldn’t be a problem for a person who has spent $1.2 million on a supercar. Now, London is perhaps the best place to spot Arab supercars going about their usual business around Sloane street.

The city of Los Angeles in the US is slowly catching up as more and more of these are creeping up on the other side of the Atlantic. One such Arab LaFerrari drifting in Beverly Hills was caught on video by SouthBaySupercars. It is quite a treat to watch a million dollar LaFerrari burn some rubber in the middle of one of the poshest parts of the world. The owner of the Qatari LaFerrari doesn’t seem too worried about wearing out the expensive tires on his supercar.

The Ferrari LaFerrari is powered by a 6.3-liter V12 engine and features hybrid drive. The combined output from the naturally aspirated V12 and electric motors peaks at 950 hp and that’s quite sufficient to light up the rear wheels at intersections like the one in the video.

LaFerrari DRIFTING on the Streets of Beverly Hills: