It does put a smile on your face.

American Muscle swaps out the stock blower of a 2008 Shelby GT500 Mustang with a direct bolt-on Whipple Supercharger and the end result is the wholesome goodness of 660 Hp.

The great chaps at American Muscle have dropped us a line along with a video featuring the Whipple Supercharger upgrade on a 2008 Shelby GT500 Mustang. Though it looks pretty much stock at first glance, the owner had done his share of mods to kick the power up to 554 hp of power and 534 lb-ft of torque, before taking it to the mad scientists at AM. American Muscle was now tasked with bumping up those figures so that the customer gets something more to work with. The crew didn’t disappoint at and started with a Whipple Supercharger kit. 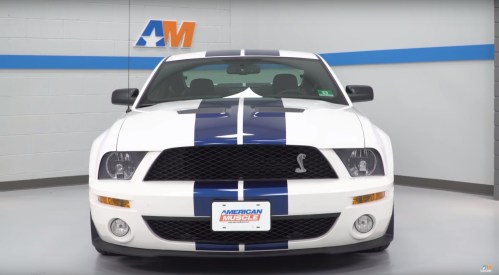 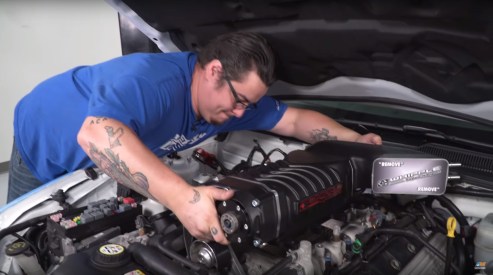 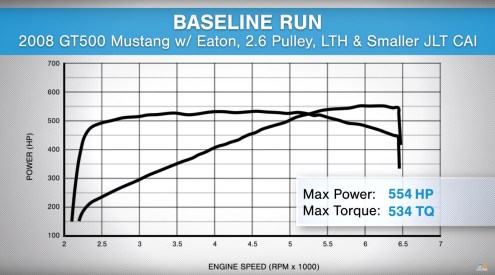 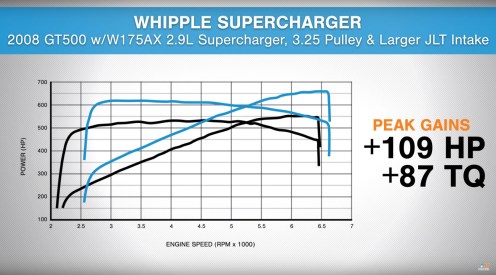 So what about the numbers now? Power got a pay raise to 663 hp and torque now resides at its new home with 621 lb-ft. If a 109 hp hike in power and an 87 lb-ft increase in torque isn’t impressive for a build costing somewhere south of $4k for the Whipple kit alone, do note that the customer has got a solid platform to build on now.

A more advanced fuel system and a smaller pulley can take the power to a slot above 700 hp. Basically, this 2008 Shelby GT500 with the Whipple Supercharger upgrade is all set to go places, should the customer decide to get more imaginative and creative.

Justin – the host – is smiling ear-to-ear in the video and a good share of credit goes to the aftermarket exhaust that was already part of the car when it rolled into the shop. The customer does know his cars and has good taste. So we are pretty sure that he will opt for more upgrades to make this Shelby GT500 more awesome than it already is.