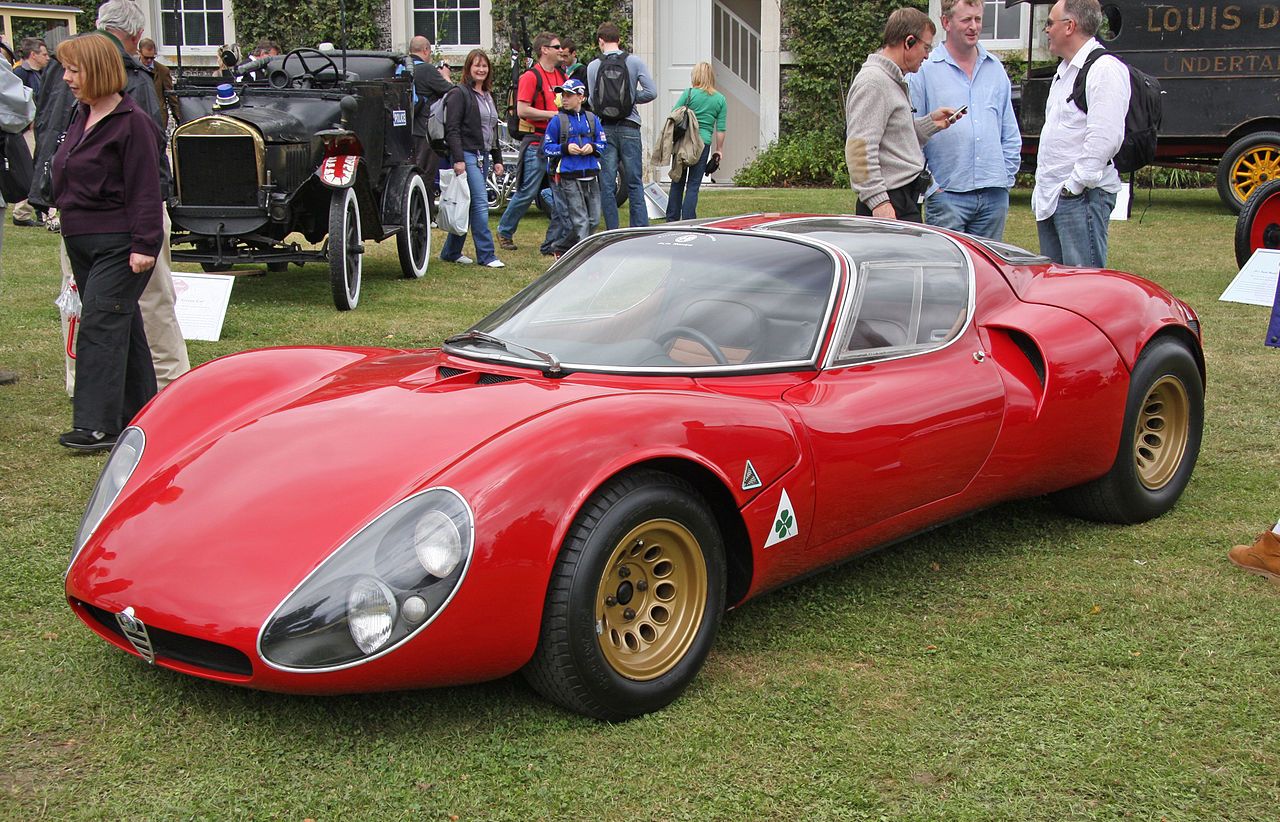 The Alfa Romeo Tipo 33 Stradale won multiple awards at the recently concluded Concorso d’Eleganza Villa d’Este, including being voted the favorite of the people in attendance.

While most of our stories and articles concern modern supercars, it doesn’t mean we are unperceptive to marvels of automotive design and engineering of the past. Surely, there have been cars that were designed half a century ago which could still stand on their own against supercars of today in terms of design and performance, to some extent. One such car is the 1967 Alfa Romeo Tipo 33 Stradale. Hailed by many as the most beautiful car ever, the 33 Stradale was designed by the legendary Franco Scaglione. The unsung master of aerodynamic design successfully incorporated aerodynamic principles and automotive design. This is clearly visible in the 33 Stradale, however done without the aid of computer simulations or wind tunnels.

There are many design highlights about the 33 Stradale, but the dihedral doors (which we take for granted in most McLaren supercars these days) are probably the most important. The 33 Stradale is the first known car to adopt this solution, which consists of the windows curving upward into the roof of the vehicle. 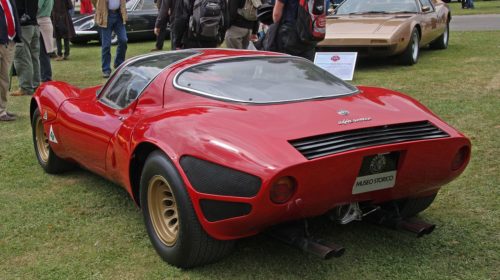 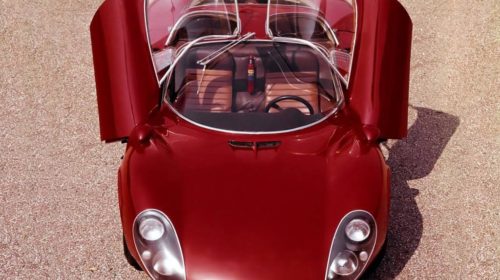 Apart from the design, its powertrain and performance was on par with other supercars of its day. The 33 Stradale featured a mid-mounted 90-degree naturally aspirated V8 engine that was an absolute jewel. It had a displacement of only 2.0 liters and a 10,000 rpm red line (result of which is an awesome exhaust note). A six-speed gearbox was outstanding for an era when four- and five-speed transmissions were the norm on performance cars. With 230 hp and just 700 kg of weight (thanks to an all aluminium body), it is not hard to understand why the car’s performance remains relevant to this day.

It has been estimated that the cost to acquire an Alfa Romeo Tipo 33 Stradale today is well over $10 million. But, good luck finding one, since only a few of the total 18 cars produced remain in existence today.