The Bugatti Chiron is one of the fastest hypercars ever built. However, a McLaren P1 with half the number of cylinders can accelerate from 100-200 km/h faster than a 1500 hp Chiron.

Don’t believe me? Well, then watch @gercollector‘s latest video in which he takes his P1 out on the Autobahn. After a few pedal-to-the-metal runs, he does a quick 100-200 km/h acceleration test. The result was simply astonishing! 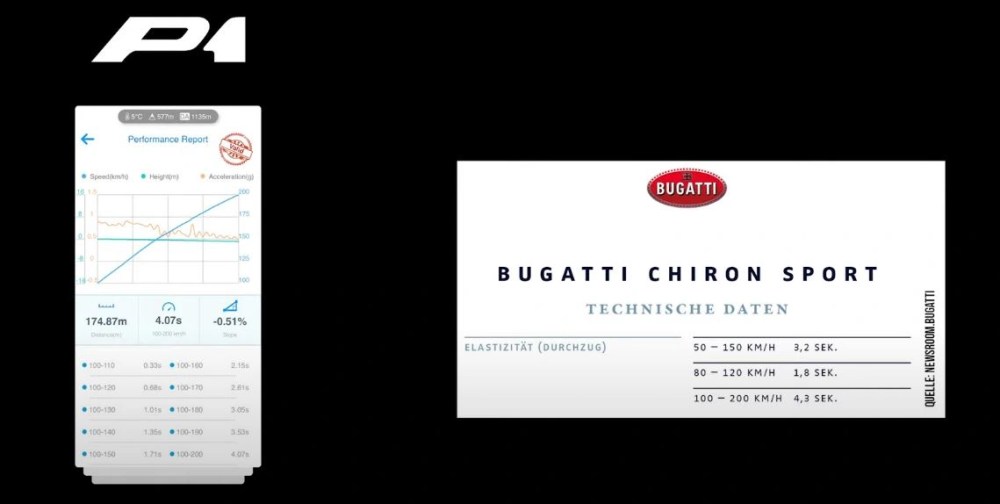 However, the P1 has two aces up its sleeve. The IPAS push-to-pass system deploys additional power with the touch of a button. Then there’s the DRS button which stalls the rear wing, lowering the drag on the car. Both these systems play a big role in lowering the car’s acceleration times.