The last Lotus Elise Cup 250 Final Edition has achieved celebrity status in just a few months since its delivery. The car has already been showcased on the Shmee150 channel. In fact, Tim drove it around the UK and put the first 1000 miles on it. Do you checkout his latest video on The Shmuseum channel.

Dubbed as ‘Firefly’ by the owner, the car went in for its 5000 mile service earlier this month before being handed over to Robert Ellerington and Jonathan Gorman from Absolute Lotus Magazine, who had an epic trip planned for it. 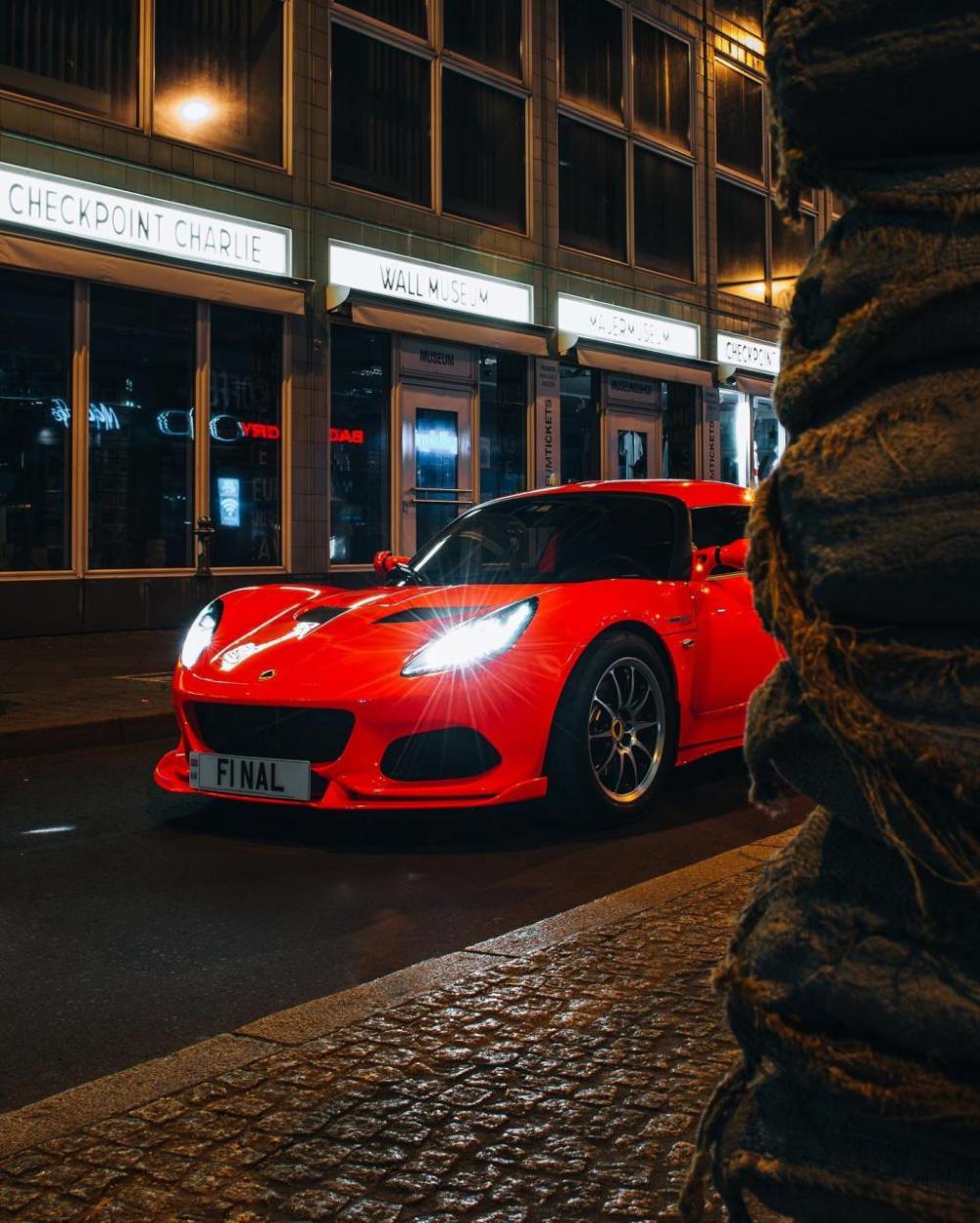 On July 10, 2022, the duo set off on a 5000 miles road trip across Europe. Starting in the UK, they crossed the Channel Tunnel and headed into Belgium. You may have read about the first hiccup they faced in an earlier article.

Their first stop was Lotus Antwerp, where the Elise Cup 250 ‘Firefly’ received a new set boots. Prepped for the trip ahead, the guys then headed into Holland. Here’s a summary of the trip so far –

Next stop for the Elise Cup 250 was Hannover, Germany. More specifically, the car paid a visit to a very special garage called Springbok Sportwagen. This place is pretty special, not just for Lotus enthusiasts but petrolheads in general. It houses a rare Elise GT1 race car. This car competed in the 1991 FIA GT Championship and is one of just 7 built.

Following a quick blast down the Autobahn, the Elise Cup 250 reached Classic Remise in Berlin. Here are some snapshots from this magnificent motoring museum / collection.

From Berlin, Rob and Jon headed south towards Munich and into Italy to meet Elisa Artioli, granddaughter of Romano Artioli, who revived the Bugatti and Lotus brands. But, prior to leaving the German capital, they did a quick photoshoot of the car with some of the most iconic places as a backdrop. That turned out to be an adventure in itself. Here’s more on that –

As you may be aware, the Lotus Elise is named after Elisa Artioli, who also happens to be a huge petrolhead herself. She also owns the very last customer Elise ever sold, aptly named Sunshine.

After Italy, the Elise Cup 250 Final Edition left for Switzerland, and one of the most picturesque motoring roads in the world – the Stelvio pass.

The Firefly spent day 6 of its European road trip crossing over some of the most iconic alpine passes in Switzerland. The little Lotus conquered the Susten, Furka, Grimsel, and the Grand St Bernard passes in a single day.

Having conquered the high passes, the Elise took the road down to Monaco with a quick pit stop at Turin. The principality is known for its waterfront bars and restaurants with parking lots packed with supercars and uber-expensive hypercars. With such expensive wheels around, who would be interested in looking at a Lotus, right? WRONG. In fact, everyone, including the locals, couldn’t help but notice the tiny Luminous Orange Elise. It just shows that you don’t have be a millionaire to get all the attention in Monaco.

The next morning, the lads took the motorway out of Monaco and headed straight to Barcelona in Spain. It was a pretty uneventful drive. However, ahead laid the mighty Pyrenees. Now the guys could finally show the final Elise Cup 250 some corners.

Day 9 and the Elise Cup 250 Final Edition reached Pau in France. The Road Racing Centre is a Lotus dealership, and the interesting thing about this place is that there were at least 17 Lotus Exige Final Edition models for sale.

On the last leg of the European road trip, the Elise Cup 250 paid a visit to the legendary Circuit de la Sarthe in Le Mans before heading to Paris. The next day, the car reached Bell and Colvill, bang on time for its 10,000 mile service.

Before you go, here’s a quick review of this rather special car from the guys who spent 10 days and 5,000 miles driving it all around Europe.