A report has surfaced on Motor1 stating that a custom-built 4-door 1980 Chevrolet Corvette is for sale. Claiming to be one of two remaining stretched Corvettes of the four coach-built by California Custom Coach, this one does have a hefty asking price. $217,203 to be exact. That’s a lofty expectation from seller.

The 4-door Corvette which is based on the C3 generation has somehow managed to cover 21,000 miles. Power comes from the C3’s 5.7-liter V8 which makes a not-so-impressive 200 hp. A 4-speed automatic transmission directs power to the wheels. 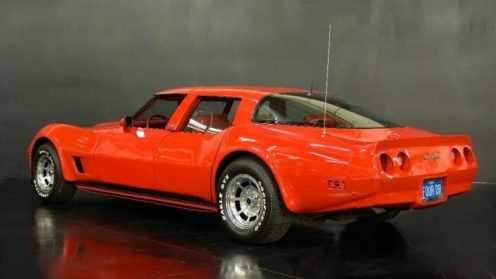 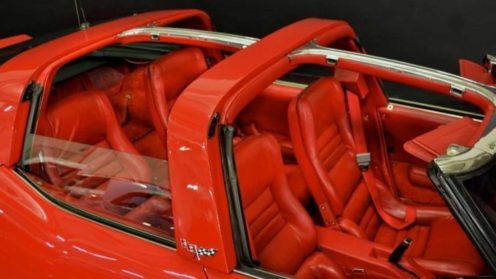 According to the grapevine, these stretched Corvettes were constructed by fusing together two Corvette C3 cars. An all-red treatment has been given to the entire car with both the exterior and interior finished in the “look at me” shade.

Anyway, the 4-door Corvette is with NBS Auto Showroom in Milpitas, California right now and we are curious to see how this sale turns out eventually. You can buy an all-new Corvette ZR1 right away with less than that kind of money in the bank.

Additionally, if you go by the current rumors on the upcoming mid-engined Corvette C8’s pricing and wait a bit longer, that car comes with a cheaper price tag than the 4-door Corvette.