Here’s first image of the Lamborghini Huracan EVO that recently surfaced on the Unica app.

Earlier this week, teaser images of the Huracan facelift had surfaced on the Unica app. It seems Lamborghini owners have already been given an early preview of the Huracan EVO, which is set to replace the current model. 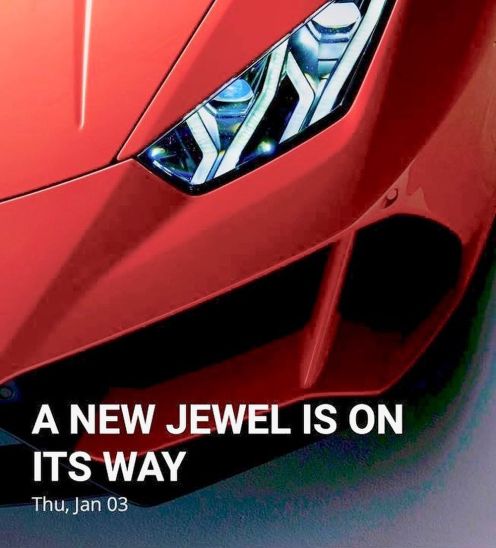 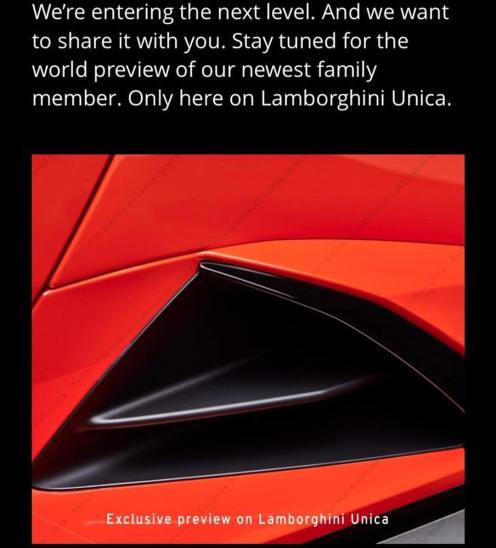 According to the leaked image, the Huracan EVO will come equipped with active aero (ALA). However, compared to the Huracan Performante, it appears to be a slightly toned down system. Instead of a large rear spoiler, the EVO gets a short wing at the back. It has centre exit exhausts and a more aggressive rear diffuser. Overall, the rear fascia has also been slightly tweaked. Also, note the ALA logo under the engine cover, redesigned side intakes and new 5-spoke wheels.

Lamborghini is likely to retain the same 5.2-liter, naturally aspirated V10 engine. It could be re-tuned for a slightly more output compared to the outgoing model’s 602 hp. That said, more details about the Huracan EVO are awaited.