Porsche launched an updated 911 GT3 at the Geneva Motor Show. The 911 GT2 RS is expected to arrive next year. But, behind the scenes, Porsche is working on the next-generation 911. The 2019 Porsche 911 (992) is clearly taking shape as we’ve seen from the spy shots.

Trazione Posteriore have created a digital rendering which gives us a good idea of how the 2019 Porsche 911 might look like. From the spy shots it was clear that the new 911 will have a full length rear spoiler and a Panamera-style tail lamp cluster with an LED light bar stretching across the rear end. These features have been neatly incorporated in this rendering. 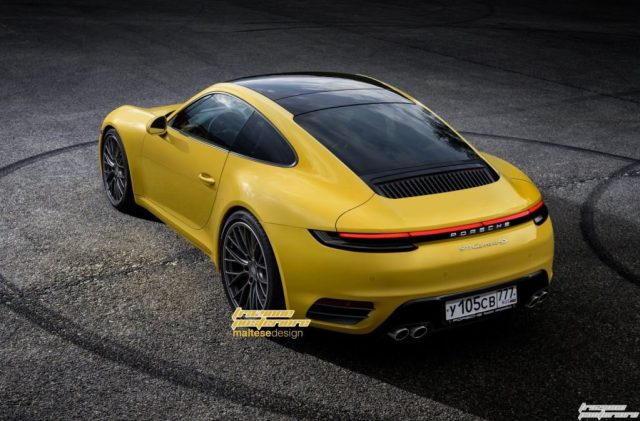 The front end borrows cues from the 918 Spyder especially the headlights which sport LED daytime running lights in a set of four. The artist imagines a carbon fiber splitter on the front for improved downforce. Moreover, the 2019 Porsche 911 will be more aerodynamic than the current generation.

As far as engines are concerned, the new 911 will be powered by turbocharged engines. A plug-in hybrid version is also expected to join the line up.