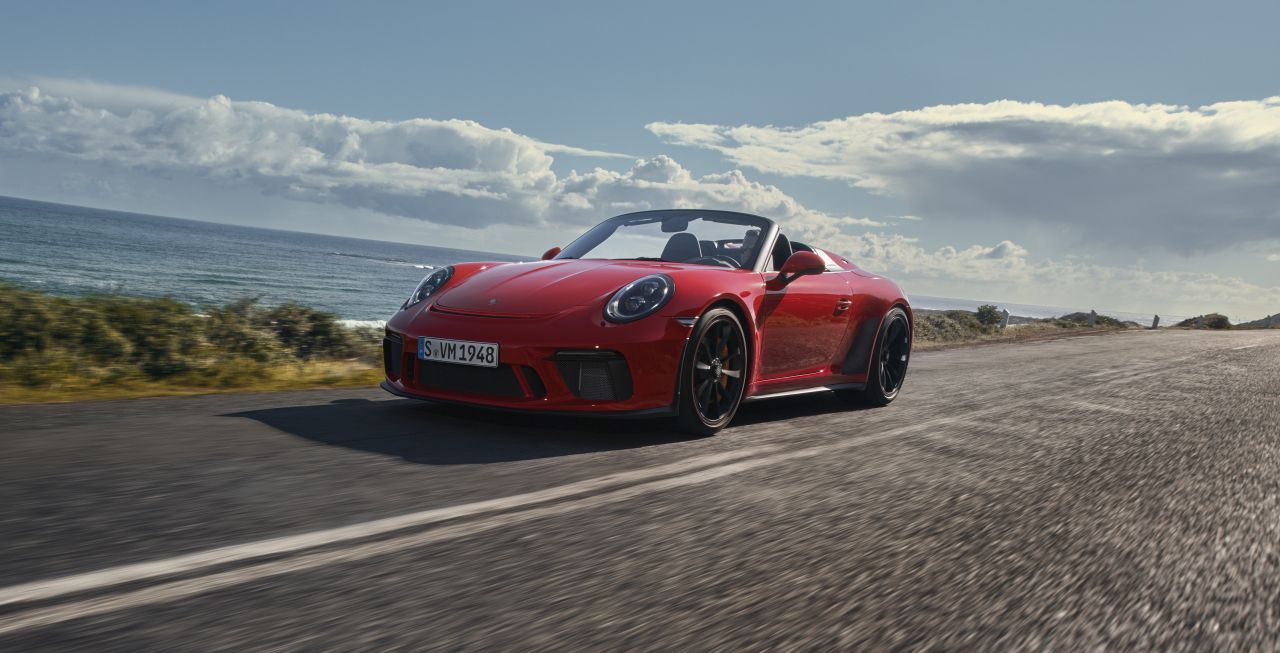 Porsche has finally revealed the production version of the new 911 Speedster at the 2019 New York Auto Show.

Developed by Porsche Motorsports, the 2019 911 Speedster features a low-cut front windshield and side windows and comes with a manually operated fabric top – a characteristic of the Speedster. The rear deck lid gets two carbon streamliners.

Inside, the car gets lightweight door panels with storage nets and door pulls. The black leather interior gets contrast red stitching with ‘Speedster’ lettering on the headrests. It has the GT Sport steering wheel with a red 12 o’clock marker, while the gearshift knob and door sill guards are finished in carbon fiber. The car comes with a Porsche Design Flyback-Chronograph with Werk 01.200 movement featuring a carbon fiber dial and a rotor modeled after the Speedster center lock wheel.

Powering the new 911 Speedster is a 4.0-liter, naturally aspirated flat-six engine that revs up to 9000 rpm. The engine produces 502 hp and a peak torque of 346 lb-ft and is paired with a 6-speed manual transmission, which Porsche purists would certainly appreciate. It is the same engine that powers the 911 GT3 and 911 GT3 RS. According to Porsche, the 911 Speedster can accelerate from 0-60 mph in just 3.8 seconds.