The 2019 Mazda MX-5 Miata 30th Anniversary Edition made its debut at the 2019 Chicago Auto Show. It took barely 4 hours for the 500 units allotted for the US market to find takers.

Mazda has sold over a million Miatas worldwide in the past 30 years. To celebrate such an achievement along with the 30th anniversary of the car’s debut at the 1989 Chicago Auto Show, the manufacturer has unveiled this – the 2019 Mazda MX-5 Miata 30th Anniversary Edition – at the same event. 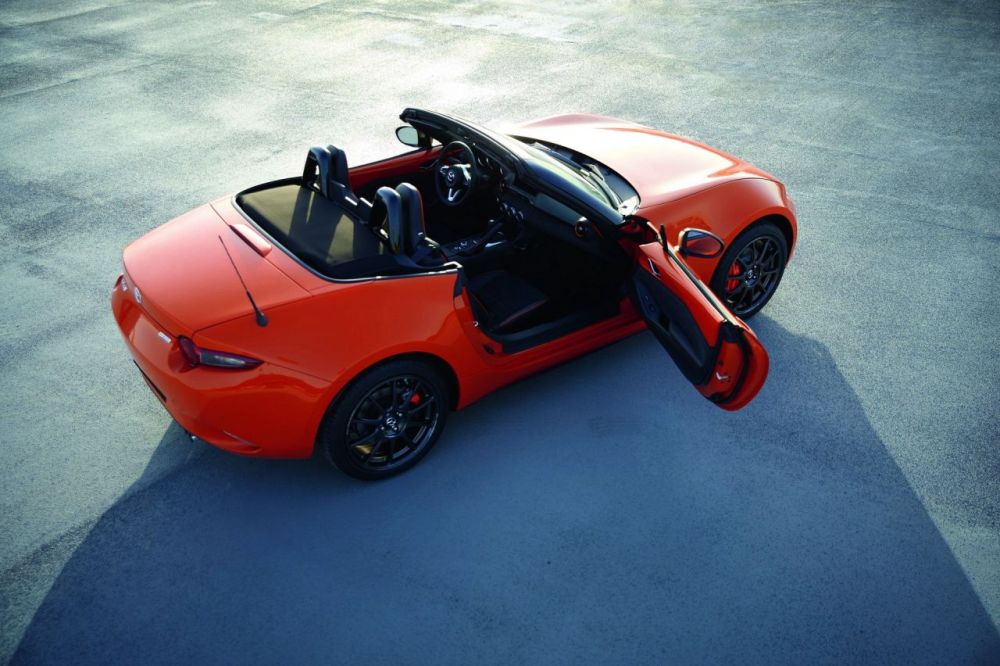 One glance is enough to emphasize on the carmaker’s love for the color orange. The special edition Mazda MX-5 Miata gets a special Racing Orange paint finish. 17-inch Rays forged alloy wheels in gunmetal gray stand out in the orange extravaganza on the outside. The catchy orange shade carries over to the brake calipers at both ends. Even the interior finished in Alcantara has orange accents on the Recaro seats, dashboard, doors, and the shifter. 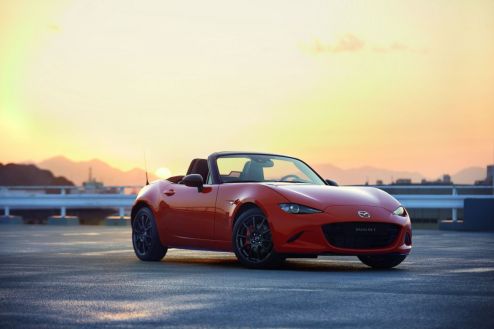 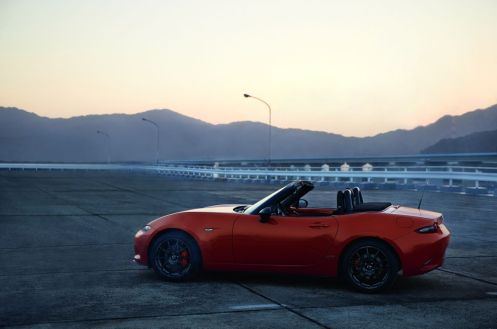 The 2019 Mazda MX-5 Miata 30th Anniversary Edition will be available in both soft-top and RF retractable hard-top models. While the rest of the world gets the car with a 2.0-liter, 4-cylinder, 181 hp unit, Japan will be getting the 1.5-liter engine-powered base model as well.

A total of 3000 units will be made available worldwide. What must’ve made Mazda execs extremely happy must be the news that all the 500 special edition cars that they’d allotted for the US have already been sold out. And that too in 4 hours from the moment they opened the booking line.

In the US, the 2019 Mazda MX-5 Miata 30th Anniversary Edition retails for $34,995 for the soft-top version and $37,595 for the RF hard-top variant. Both these cars come with manual transmission. An automatic gearbox is in the options list and Mazda will put that transmission in the car for an additional $400 for the RF hard-top and $500 for the soft-top.