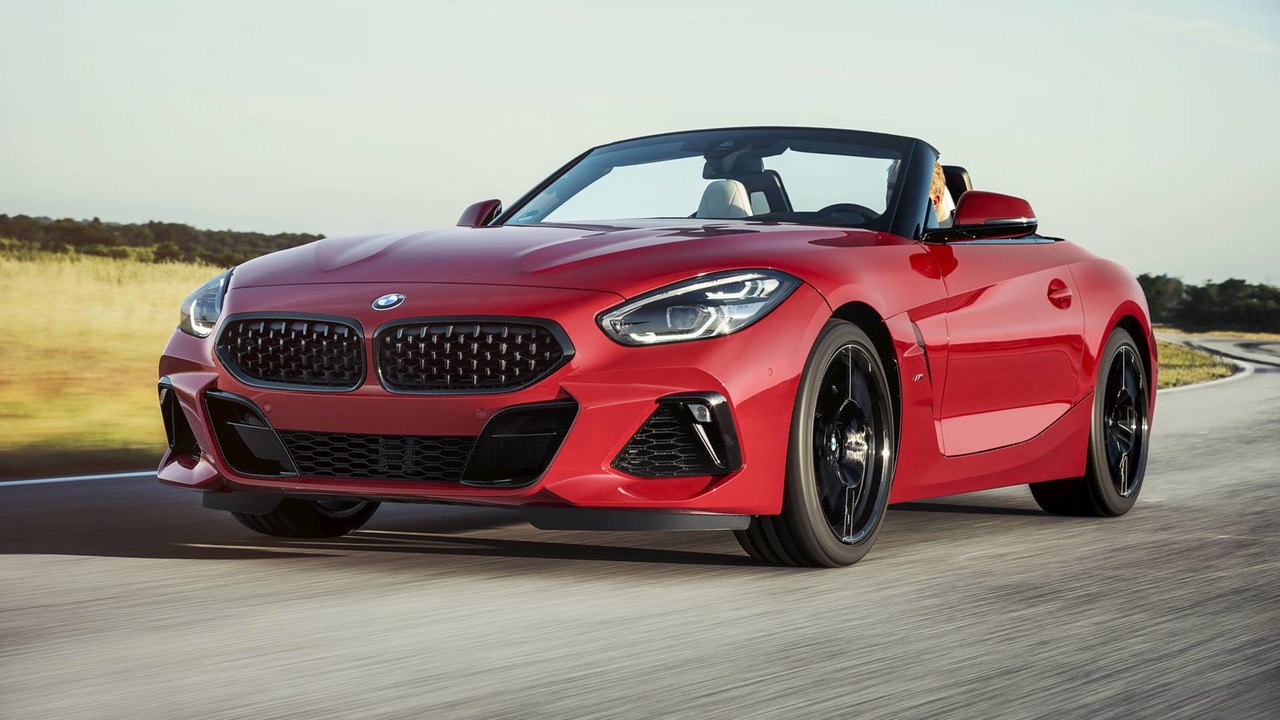 Pebble Beach is here and we have a slew of new car announcements coming in, among them is the new generation BMW Z4. After what feels like an era of spy shots, teasers, and leaks, the much loved roadster from Bavaria finally makes a return. We are happy to report that the unmistakable roadster design of the Z4 is still there – the iconic long hood, flowing lines and the short trunk. The return of the soft top is probably the most significant change on the new-gen Z4.

Aesthetically the all-new roadster follows in the footsteps of its predecessor and is a lot more aggressive than the last gen car. More so, in the M40i guise with its black honeycomb kidney grille, huge air-intakes at the front, large front fender vents, black M-Sport wheels and of course the Frozen Orange Metallic exterior. BMW will probably tone down things a bit on lower variants.

The car featured in the images is the M40i First Edition, the same model which was unveiled at the Pebble Beach. The First-Edition will come with a black soft top, black mirror caps, BMW Individual High Gloss Shadow Line trim, Adaptive LED headlights and 19-inch lightweight alloy wheels with a two-tone finish in addition to everything available on the standard M40i.

The new Z4 will be available in two specs to begin with – the M40i with a 3.0-liter turbocharged inline-six engine that churns out 335 hp and 370 lb-ft of torque. The six-pot will enable the roadster to do 0-60 mph in an estimated 4.4 seconds. The other variant is the 30i which will utilize the latest B48 turbocharged 2.0-liter inline-four found in many other BMWs. We don’t know how many horses the unit will produce in the Z4, but we expect it will be close to 250 hp. People looking for a manual will be disappointed since the only transmission option available is a ZF eight-speed automatic.

On the inside, there are highly bolstered seats with a sunburst-pattern on the headrest. The Z4 incorporates a new customizable digital instrument panel with a large screen that shows the tachometer and speedometer. There is also a head-up display, a wide infotainment monitor and tiny screen for the HVAC readout.  There are numerous other creature comforts, the most desirable among them should be the Harman Kardon Surround Sound stereo.

The Z4 30i will arrive in dealerships in spring 2019, and the M40i will be made available in the second quarter of the year. Prices shall be announced closer to the arrival of the models.