The Ferrari-engined Mustang coupe may have ran away with the title for the most bonkers Stang at the 2018 SEMA Show. But for Mustang fans, collectors and loyalists, the 1969 Ford Mustang Boss 429 continuation car from Classic Recreations was the biggest draw.

Got an undying love for the classic 1969 Ford Mustang Boss 429 and $209,000 to splurge? Celebrate, because Classic Recreations has got itself the official license from Ford Motor Company to take orders and build these exquisite turn-key versions of the iconic muscle car.

The Classic Recreations Mustang Boss 429 gives a fabulous opportunity for enthusiasts to go back in time to experience the excitement of owning and driving one of the most admired Stangs ever. Since these continuation Mustangs have the latest chassis and drivetrain technology of a modern-day supercar, they are easier to live with on a daily basis. Not to mention, the remarkable improvement in performance and road manners. 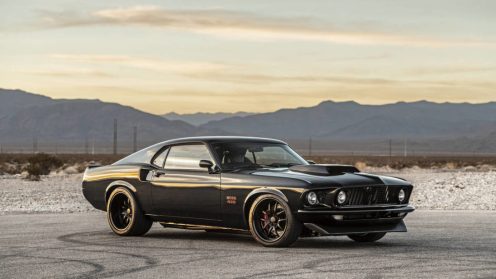 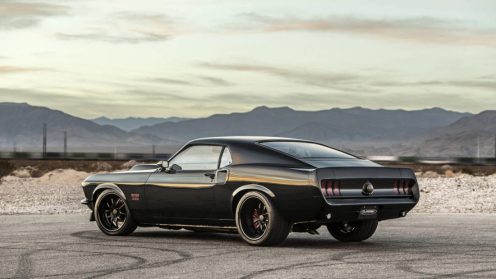 Customers can order their Classic Recreations Mustang Boss 429 with either an original 1969/1970 Mustang body or a Ford-licensed new shell. The priceless gem in this jewel box has to be the naturally aspirated 546 cubic inch, 8.9L V8 crate engine. Updated valvetrain, electronic fuel injection and engine management system add fuel to the fire. The 815 hp unit is mated with a Tremec 6-speed manual transmission through a Centerforce twin-disc clutch system.

The Classic Recreations Mustang Boss 429 will not be that hard to take for a spirited drive around a challenging track. 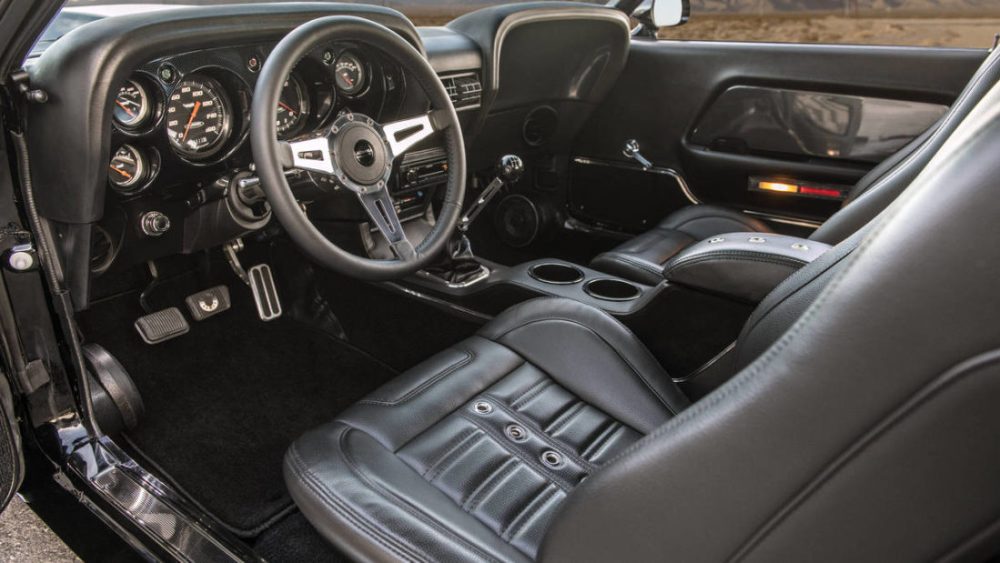 Tubular control arms, oversized anti-roll bars and adjustable coilovers make sure that this “Boss 9” doesn’t make the driver engage in a furious battle with the steering wheel to stay on the tarmac. Confidently standing on two-piece 18-inch aluminum wheels, the reincarnation “Boss 9” has Wilwood disc brakes delivering the bite to slow things down when life gets too fast.

The blast from the past theme continues on the inside as a retro instrument cluster with the 200 mph Boss 429 gauges welcomes the driver and passenger. An aluminum steering wheel is there to grip tight, an air-con to keep the cabin temperature in check and a custom console in between the seats for your stuff.

The $209,000 mentioned elsewhere is the starting point in terms of pricing. As each car is prepared by the Oklahoma-based custom car builder in accordance with the specifications demanded by the customer concerned, expect the final price to shoot up above and beyond that mark. The pricing shouldn’t be a turn-off as an original Mustang Boss 429 will set you back by around half a million dollars these days. Those examples are equally difficult to cross paths with as they are to own and maintain.