Mercedes-Benz showcased AMG GT 4-Door at the Geneva Motor Show. It is a four-door coupe based on the AMG GT sports car.

Aesthetically, the Mercedes-AMG GT 4-Door coupe is what we hoped the new CLS would have been, i.e. dynamic and imposing. A huge gaping grill with Mercedes’ new vertical slat design combines with a long, muscular bonnet for a dramatic front view. The rear seems to be borrowed directly from the AMG-GT sports car which only adds to the drama. 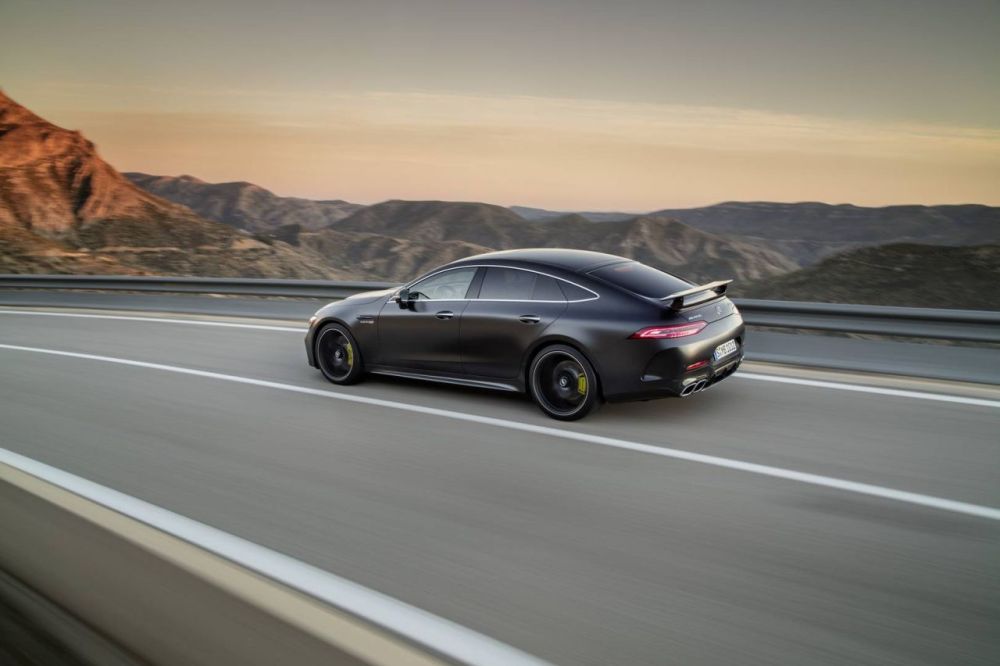 The GT 4-Door coupe will be offered in three versions initially, including the GT53 4MATIC+, the GT63 4MATIC+ and the range-topping GT63 S 4MATIC+. The most powerful version of the car will come with a bi-turbo 4.0-liter V8 engine producing 639 hp and 664 lb-ft of peak torque. The V8 combined with a 9-speed dual-clutch transmission and Mercedes’ 4Matic all wheel drive system will take the car from 0-62 mph in 3.2 seconds and all the way to 195 mph. 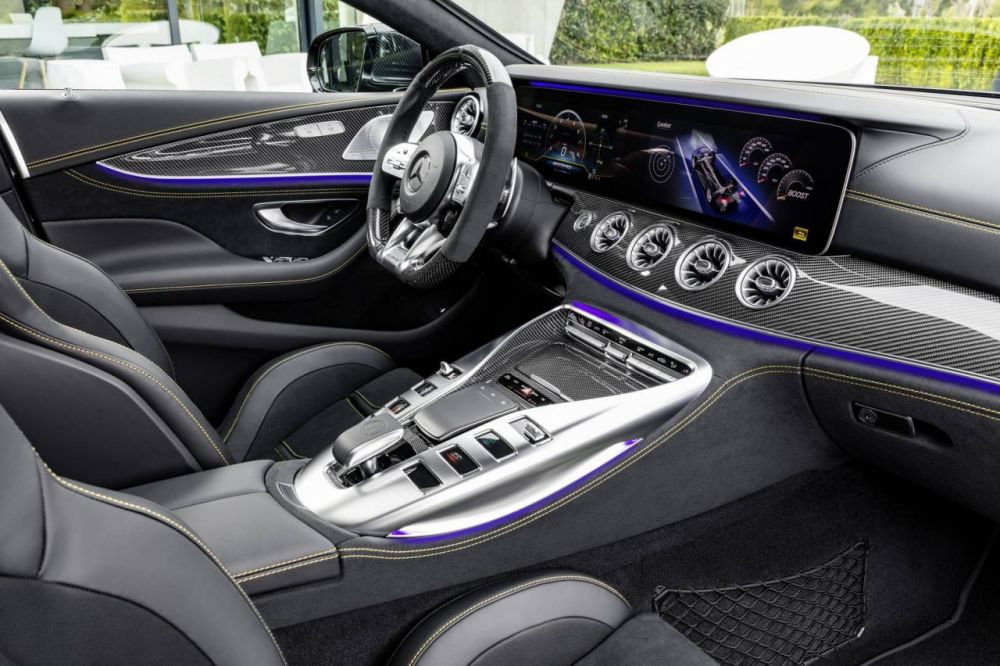 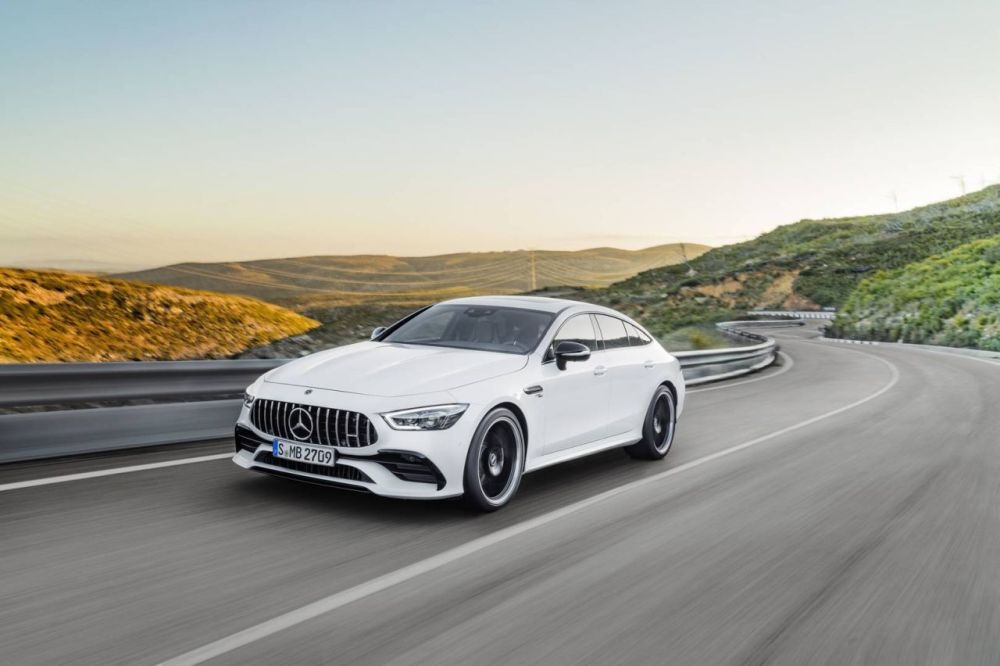 Perhaps the most fascinating aspect of the four door GT is its interior which looks like a combination of interiors of the luxurious S Class and sporty AMG-GT.  Two 12.3 inch digital displays complement an elevated center console which features color display buttons that control the transmission modes, suspension, ESP, exhaust system, and more. The new control buttons are supplemented by the two capacitive switches for the driving modes and volume control. 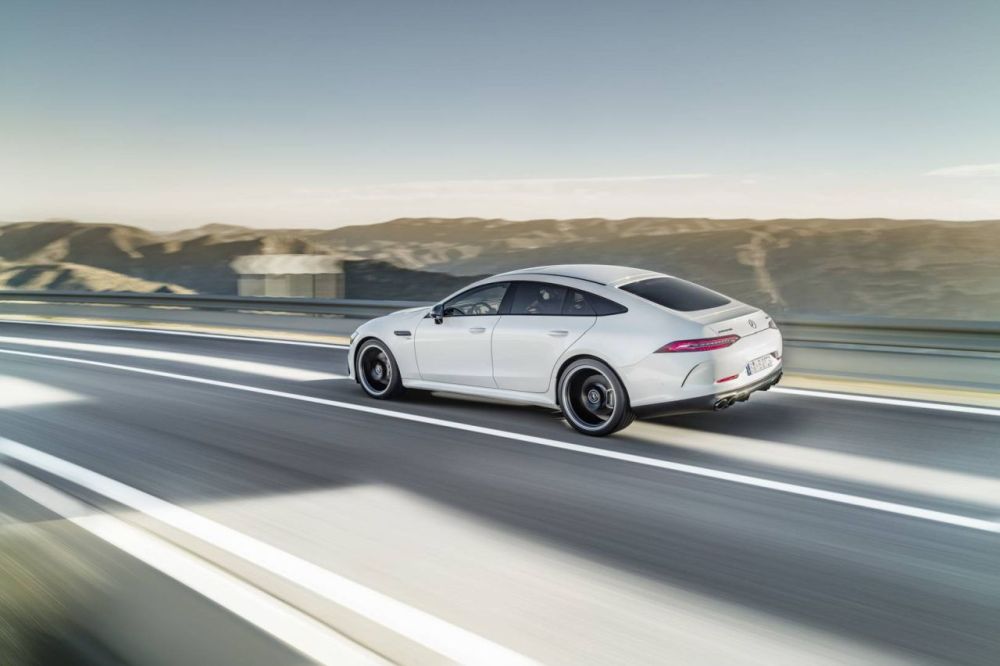 The Mercedes AMG GT 4 Door Coupe will be launched this summer. It will go head-to-head with the Porsche Panamera and the upcoming BMW M8 Gran Coupe. Mercedes will likely announce the pricing details soon. 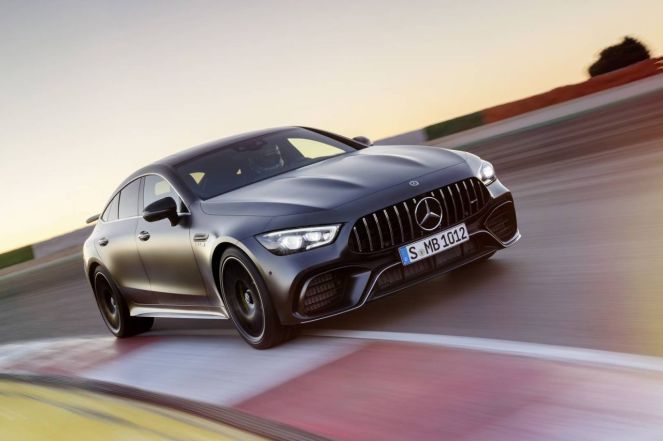 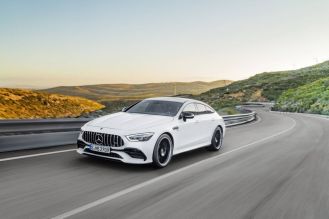 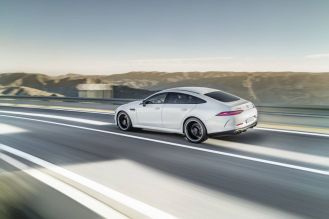 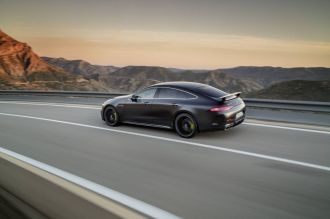 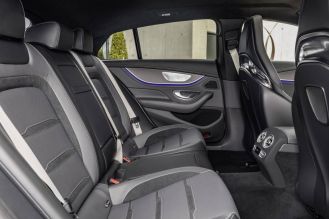 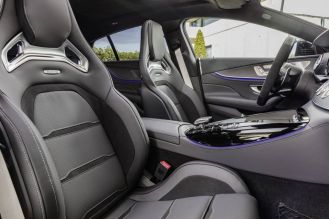 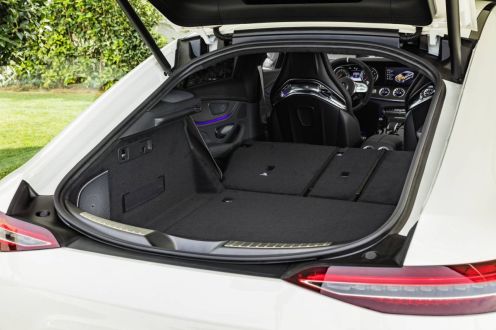 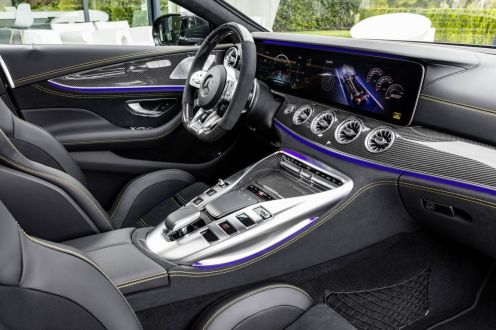