The 2018 Ford Mustang is here and it comes with a host of changes. Fans of the 6-cylinder Mustang will be disappointed to know that the V6 Mustang is dead. However, the new Mustang gains other tech that should make it an exciting package.

The reports have turned out to be true. Ford will no longer offer the Mustang with V6 engine. The 2.3-liter EcoBoost 4-cylinder engine will now be the available on the standard model. The 5.0-liter V8 along with the aforementioned EcoBoost unit will gain some horsepower. The final performance figures will released at a later date. 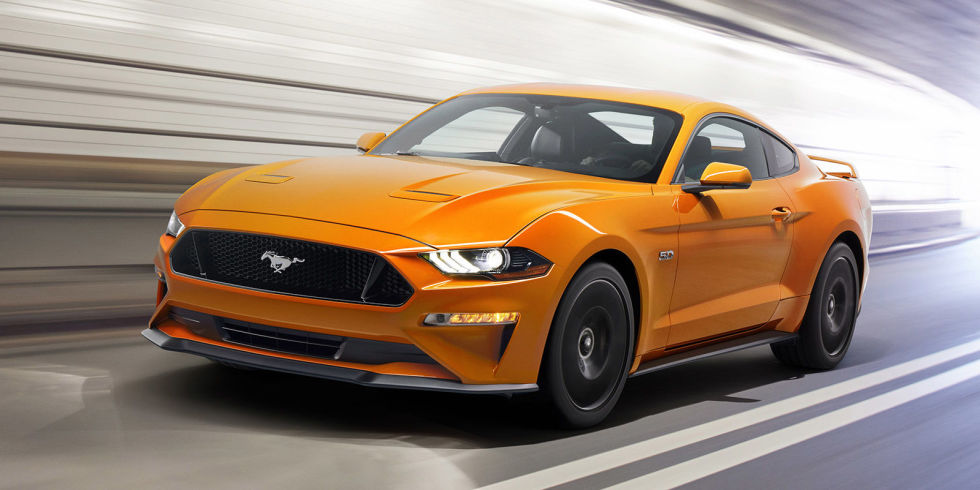 The 2018 Ford Mustang now comes with magnetorheological adaptive dampers. These will be available as part of the EcoBoost and GT Performance packs. The new Mustang is expected to benefit from the magnetic dampers. Ride and handling will greatly improve thanks to this. 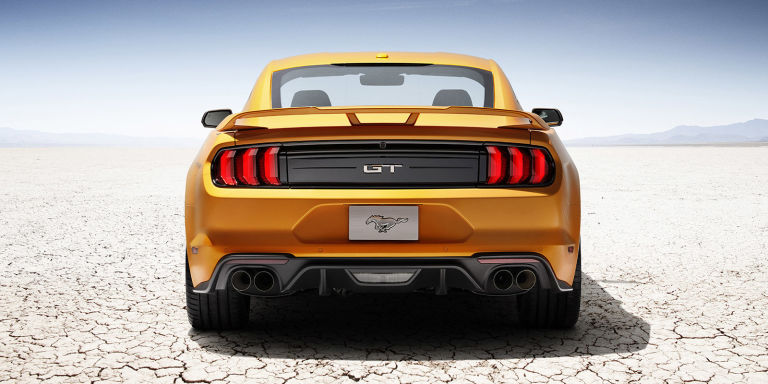 The 5.0-liter V8 that powers the 2018 Mustang GT gets port and direct fuel-injection. Ford claims, the dual-injection setup has improved fuel efficiency as well as performance. The engine can be mated with a 6-speed manual transmission or a 10-speed automatic which makes its debut on the Mustang. An active exhaust system similar to the one found on the Shelby GT350 is now available on the Mustang GT. The new GT Performance Package also buys you a set of Michelin Pilot Sport 4S tires.

Ford has slightly revised the styling of the new Mustang. The bonnet/hood now sits 20 mm lower than before. This gives it an aggressive and focused look. The angular head light cluster further accentuates this look. Towards the back, a new diffuser elements along with the spoiler add sporty appeal. That said, the wing is part of the performance pack. 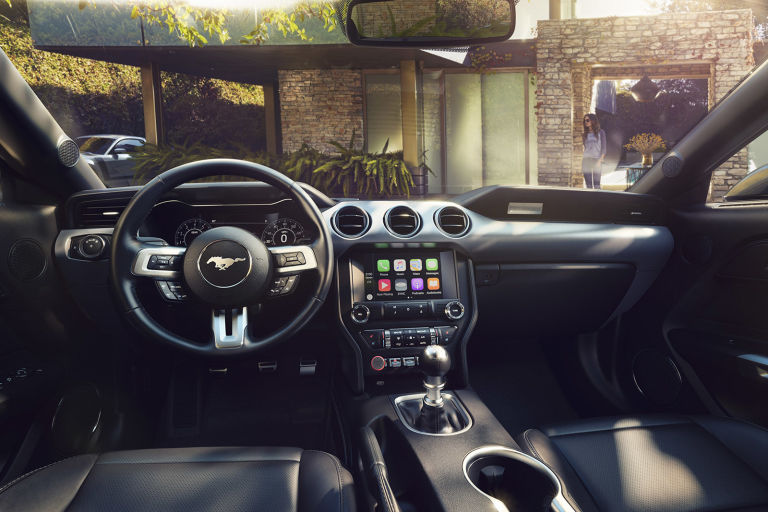 Inside, the twin-pod gauge cluster has been replaced with a 12-inch digital display found on current Audis. “drag racing mode” is a new addition which I believe should engage launch control as drag strip-style starting lights come on in the display. 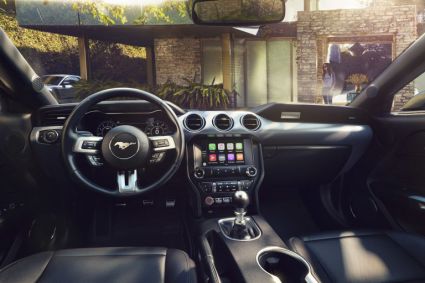 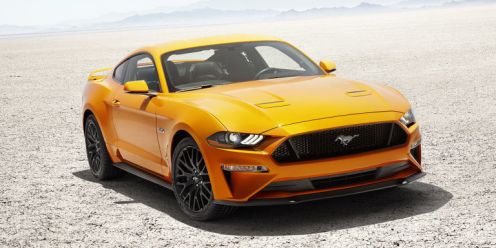 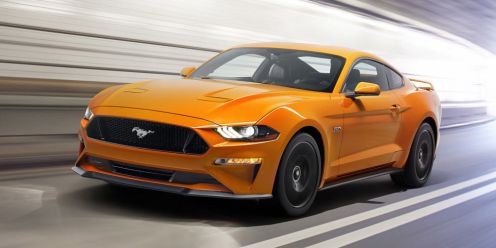