Aston Martin has previewed the next-generation V8 Vantage. The company has released images of a pre-production prototype in close-to-production spec albeit wrapped in camouflage.

The new entry-level Aston Martin is expected to be officially revealed by the end of 2017. The prototype seen here clearly reveals its compact proportions and DB10-inspired styling. The grille sits low down like the car from ‘Spectre’ while the rear gets a ducktail spoiler and substantial diffuser as well. 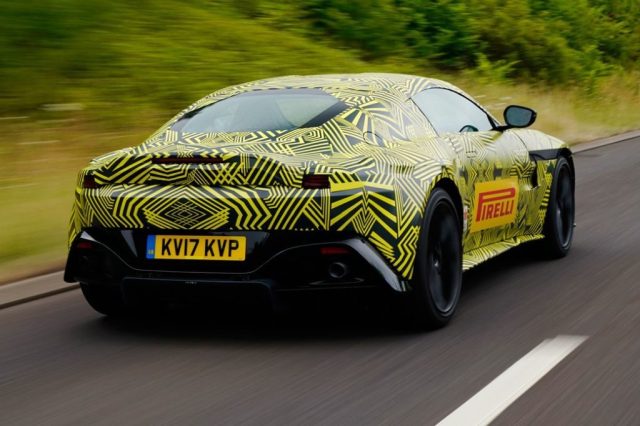 The new V8 Vantage is based around a lightweight aluminium platform shared with the DB11 and is expected to get a 4.0-liter, twin-turbo V8 sourced from AMG. It is likely to be offered in two variants with different power outputs. The engine could be paired with a 6-speed manual transmission, although an automatic option will available.

The new Vantage will spawn a range of models including a roadster and possibly a V12-powered version as well. 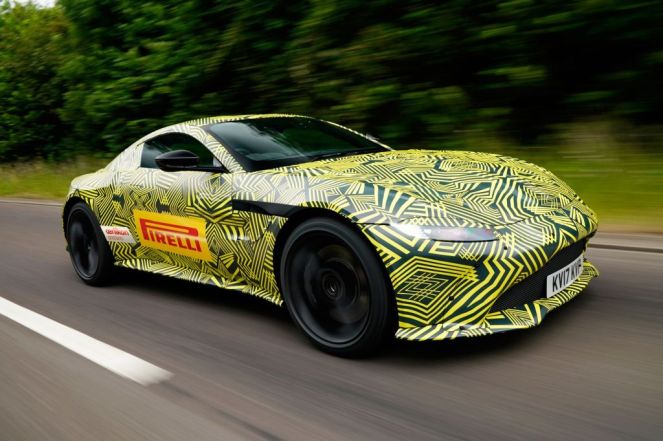 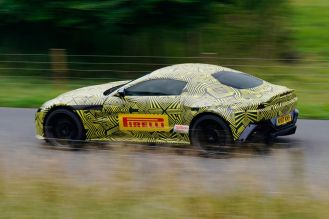 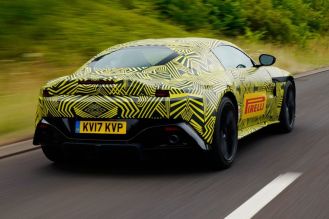 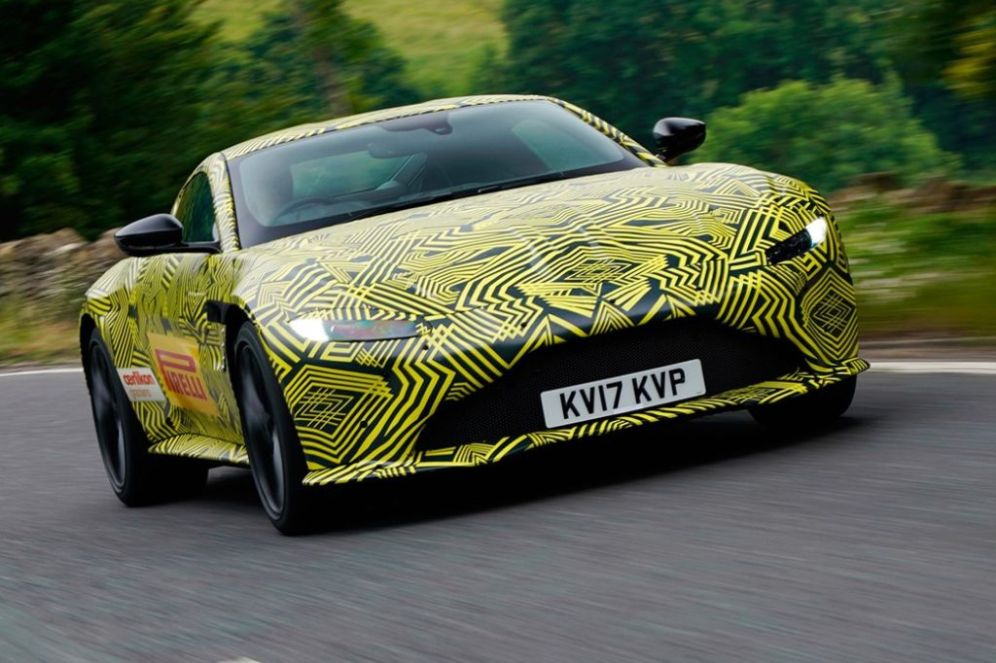