Enough of the speculation. It’s time to reveal the new 2018 Dodge Challenger SRT Demon. The most awaited muscle car of the year was unveiled ahead of the 2017 New York Auto Show on Tuesday.

Now let’s get into the details, shall we?

Initially, there were rumors floating around about the peak horsepower figure of the Demon. An Instagram post predicted the Demon would have 1023 hp. While, it did sound quite exciting it sadly isn’t true. 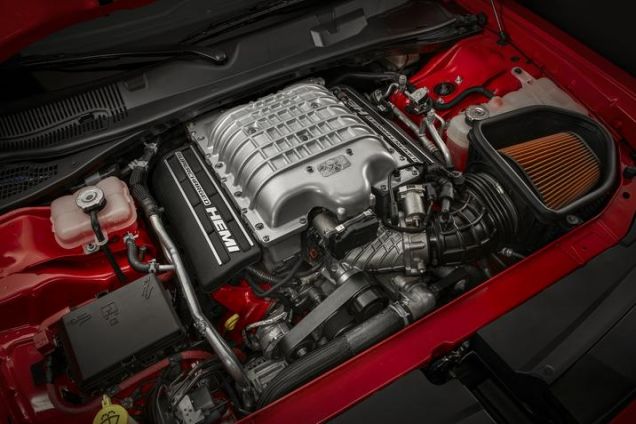 The 6.2-liter HEMI Demon V8 powering it makes 840 hp and 770 lb-ft of torque making it the most powerful V8 muscle car ever produced. A larger 2.7-liter supercharger running 14.5 psi of boost pressure is one of the reasons for this insane performance. The rev limiter has been raised to 6500 rpm and uses dual-stage fuel pumps.

It uses a first ever liquid-to-air charge intercooler which helps drop the temperature of the intake air by as much as 45 degrees.

NHRA banned the Challenger Demon from competing because it was too quick for the track.

Like the Hellcat, a special key unlocks the full potential of the engine. 808 hp is unleashed using the red key and when fed with 100+ octane fuel, it will make the full 840 hp. 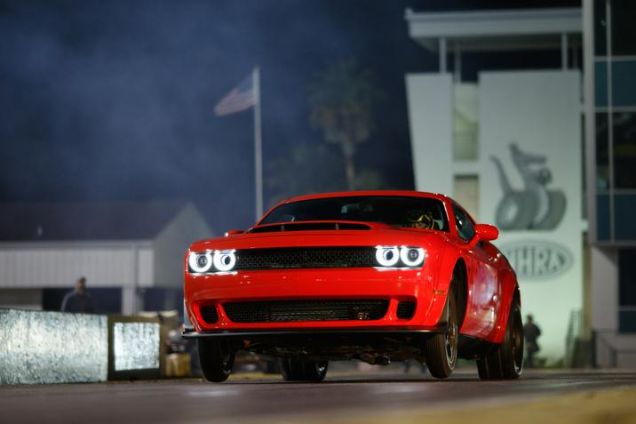 The stomping ground for the Challenger SRT Demon will be the drag strip. Everything has been designed and engineered to excel at the quarter mile and it has certainly worked. The Demon hits the quarter mile in 9.65 sec at 140 mph. It will do 0-30 mph in 1.0 sec. 0-60 mph comes up in just 2.3 sec and it pulls 1.8 g of acceleration while doing so.

With this, the Challenger SRT Demon is the world’s fastest accelerating production car.

It has also entered the Guinness Book of World Records as the first production car capable of lifting its front wheels off the tarmac under acceleration for 2.92 feet. Now, that’s something to brag about! 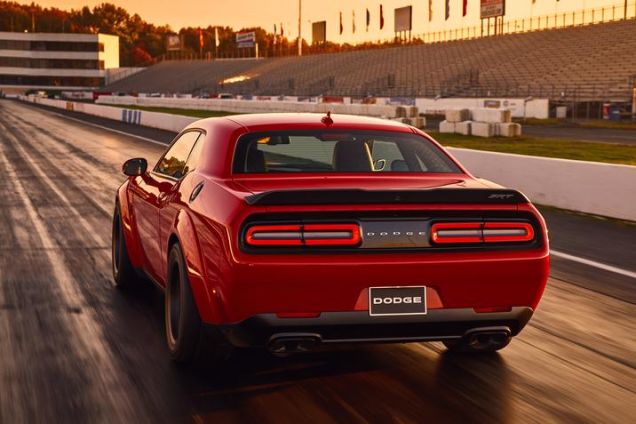 Driver’s can select between four driving modes- Street, Plus, Drag and Custom. These calibrate the suspension, steering and transmission along with peak horsepower output and even sets the air-con to cool the driver side of the vehicle.

The Demon runs on street-legal drag tires developed by Nitto Tires specifically for this car. The 18-inch aluminium rim is shod with NT05Rs 315/40 section rubber with a 15 percent larger contact patch than the Hellcat.

More than 200 pounds have been shaved off the weight of the Demon to make it quicker on the racetrack. In fact, the diet regime is so strict that the passenger seat is now an optional extra. However, the front passenger seat and rear seat can added back for a nominal sum of $1 each. 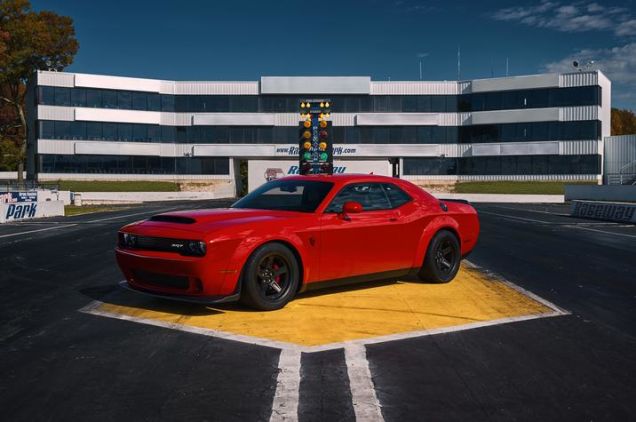 For those serious about racing, the Demon comes with a  power chiller, after-run chiller, TransBrake, Torque Reserve feature, available front runners, and a special Demon crate with tools and parts. A four-point harness is also available as an option.

Those planning to drive their 840 hp Demon primarily on the road can opt for the Harmon Kardon 900 watt audio system which comes with 19 speakers, sunroof and luxuries like heated steering, heated and ventilated leather seats. 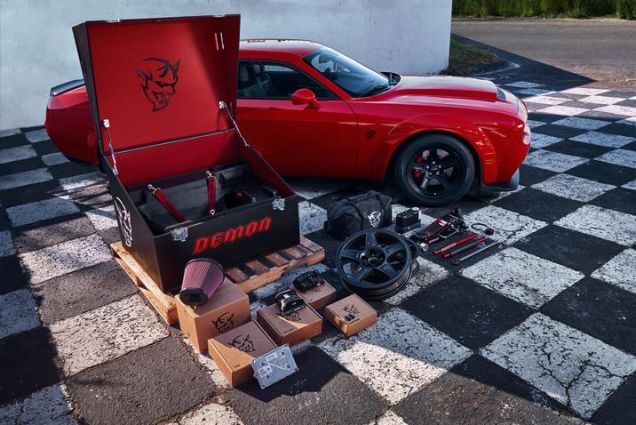 Dodge hasn’t disclosed the pricing for the Challenger Demon yet. However, they have confirmed that only 3300 units will be built. 3000 will be sold in the US, while the remaining 300 will be destined for Canada.

The 2018 Dodge Challenger SRT Demon arrives in dealerships this fall. 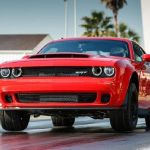 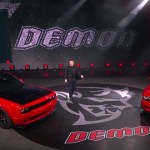 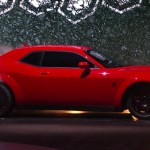 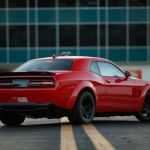 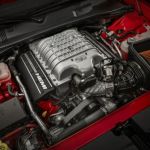 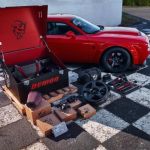 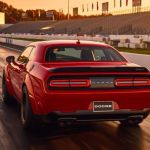 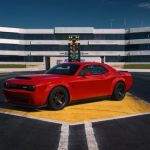 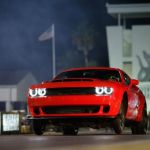