Lamborghini just patented a new name for their next supercar. It seems like the 2017 Lamborghini Huracan Performante is the much awaited Huracan Superleggera that we’ve been extensively reporting about.

The Huracan Performante is a high-performance version of the Huracan which is expected to be launched at 2017 Geneva Motor Show. Prototypes of the new supercar have already been spotted at the Nurburgring. Some of the early spy shots reveal a revised exterior with an additional aero kit. 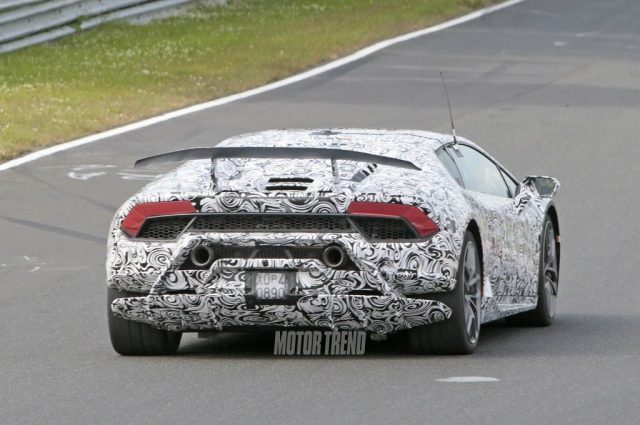 The biggest difference between the standard Huracan and the Performante is the enormous fixed rear spoiler. Also, Lamborghini has given the new model an updated front and rear bumpers. Twin exhausts replace the quad tail pipes of standard model. The new twin-exhausts have been shortened for a improved flow and exit from a raised position. Also, a new diffuser has been added for extra downforce.

As far as the engine is concerned, the new Lamborghini Huracan Performante will retain its 5.2-liter V10 naturally aspirated engine, however with a slight increase in performance thanks to a new fuel-injection system. 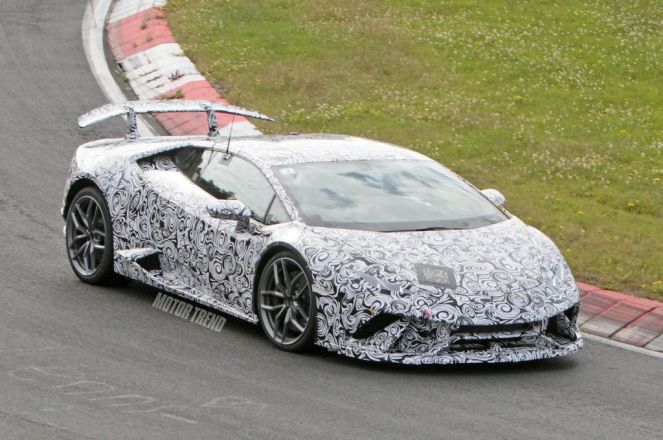 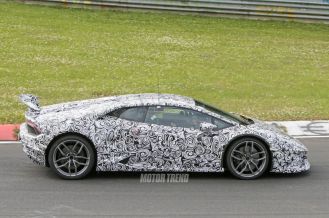 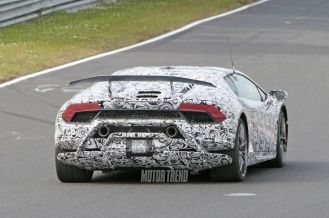