The newly revised Porsche 911 GT3 gets an updated look for 2018. The new front bumper, reworked diffuser and deck lid intakes all work together to achieve improved aerodynamic performance. 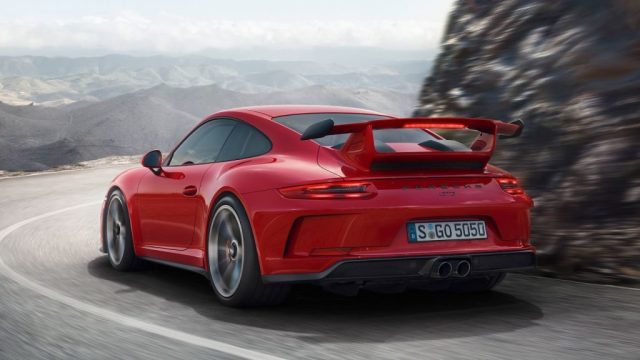 Under the bodywork is a new naturally aspirated 4.0-liter flat-six engine. Peak output of this package is rated at 500 hp and 338 lb-ft of torque. While, these numbers might sound familiar, the engine is in fact derived from a race bred 911 GT3 R and 911 RSR.

Porsche offers the seven-speed PDK dual-clutch transmission as standard however, customer can spec their cars with a six-speed manual gearbox for no extra cost. Moreover, performance of the dual-clutch is better compared to the stick shift. The new 911 GT3 achieves 60 mph from standstill in 3.2 sec and has a top speed of 197 mph. 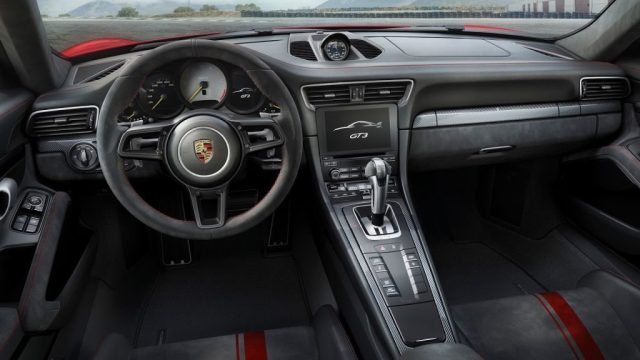 Car equipped with the manual are slightly lighter, 0.1 sec slower to 60 mph but have a higher top speed. A 911 GT3 equipped with a six-speed manual will reach 198 mph. Rear axle steering is standard on the car while the revised chassis tune promises improved handling. 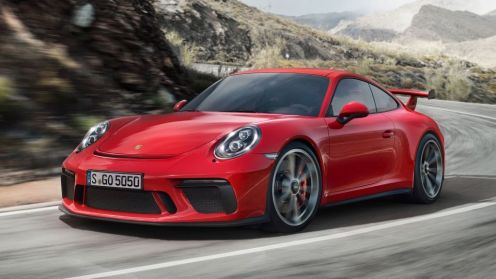 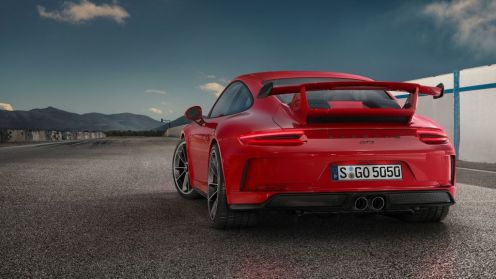 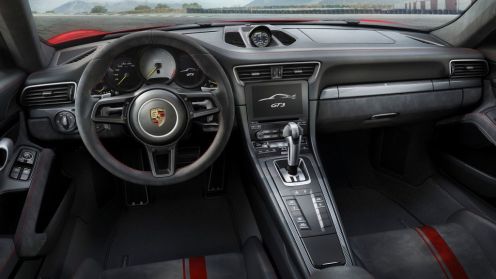 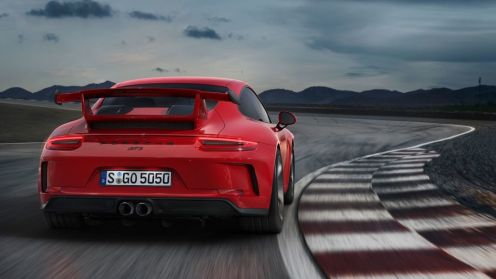 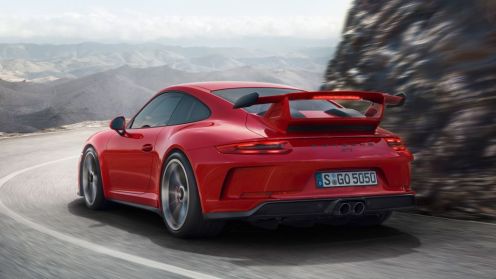 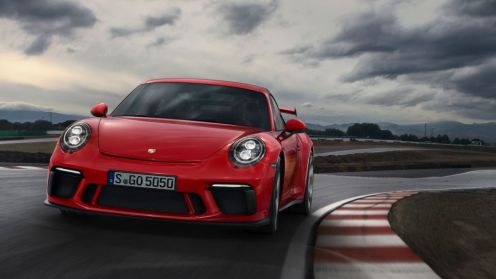