An engine bay fire has destroyed a silver Ford GT in Germany.

Fire crews in the German city of Munich responded to a call on June 16, 2018 and found a 2017 Ford GT engulfed in flames. They were successful in putting out the flames but by then, the damage was done. The supercar’s rear end and engine bay was completely destroyed. Initial reports indicate that leaking fluids may have caused the fire. 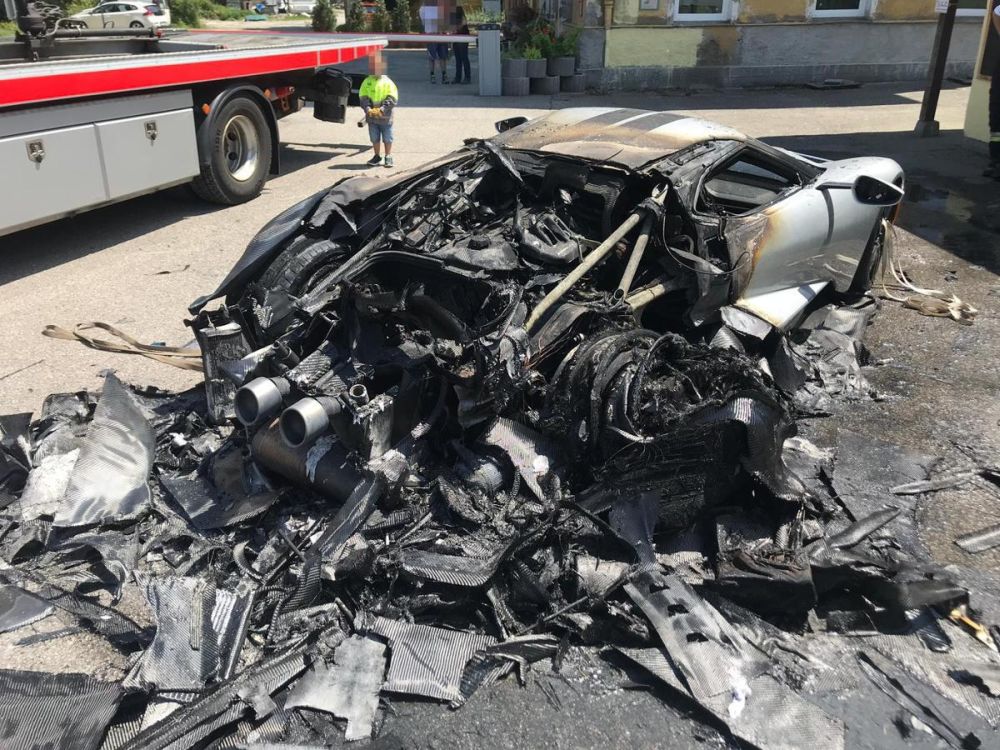 According to Rosenheim 24, a 52-year old male and his son were in the car when the fire started. Thankfully, both of them were able to get out before the flames consumed the vehicle. Ford has said that it is investigating the incident.

This particular silver Ford GT had only 40 miles on its odometer. it is among the 250 units the company plans to build annually. The second-generation of the famous supercar is powered by a 3.5-liter, twin-turbocharged V6 engine that develops 647 hp and 550 lb-ft of torque. The engine is mated to a 7-speed dual-clutch transmission.