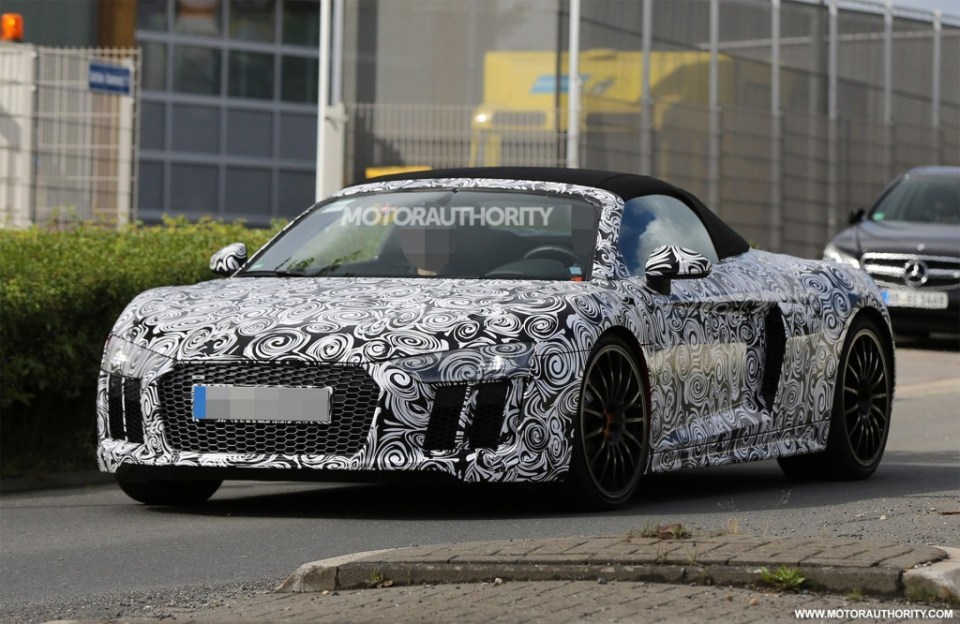 Audi unveiled the all-new R8 at the 2015 Geneva Motor Show. Now, after the successful launch of the R8 V10 Coupe and V10 Plus Coupe, Audi is all set to reveal the 2017 Audi R8 Spyder at the upcoming Frankfurt Motor Show.

The all-new Audi R8 Spyder was recently caught in the wild by spy photographers and we can confirm by looking at the spy shots that the new R8 Spyder will feature a conventional fabric roof. The rest of the styling is based on the coupe that was showcased earlier in the year. 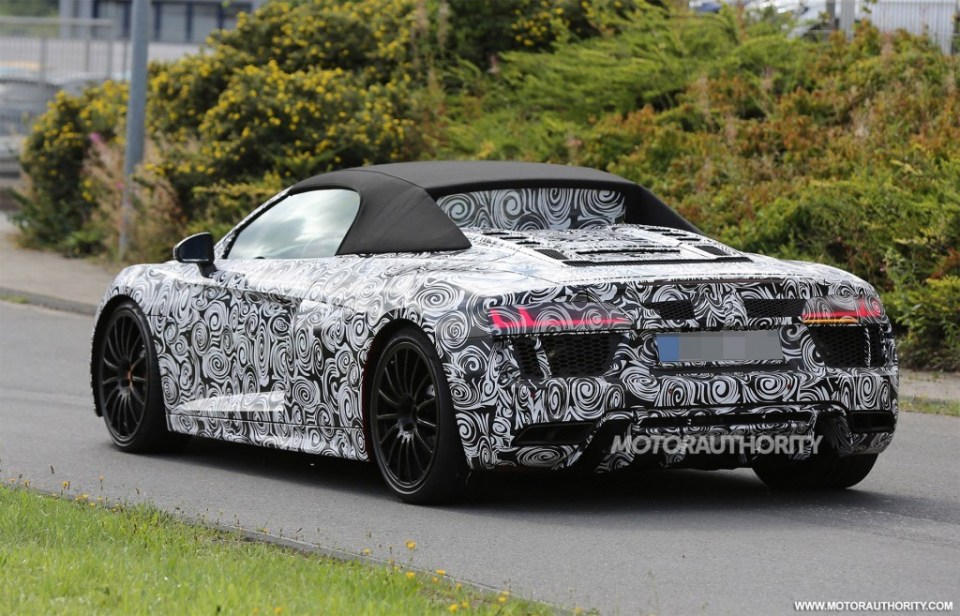 With the new design, Audi has given the R8 a more angular look. The Audi corporate grille now has six prominent edges, the LED headlights are slightly raked and expressive than the outgoing model. Towards the rear, little has changed as far as proportions go. The tail lights now feature LEDs as well and again a more angular styling theme has been adopted here.

The mid-engine supercar from Ingolstadt will be available with a 5.2-liter V10. That said, we are still unsure about Audi’s plans to introduce a base V8 motor in the new R8. The aforementioned, V10 which is shared with Lamborghini Huracan will be available from launch. Also, like the coupe, Audi might launch a more powerful R8 V10 Plus Spyder as well. 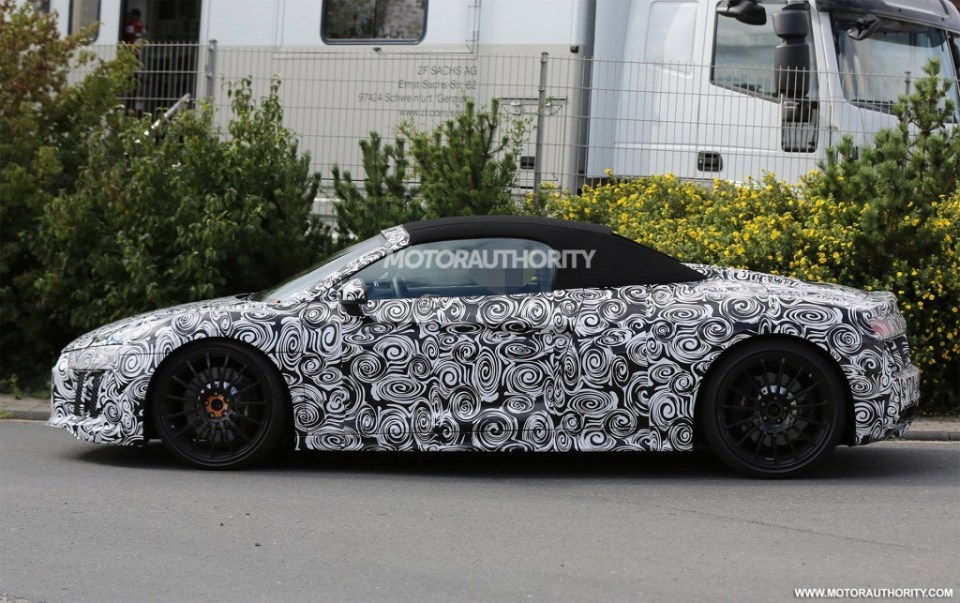