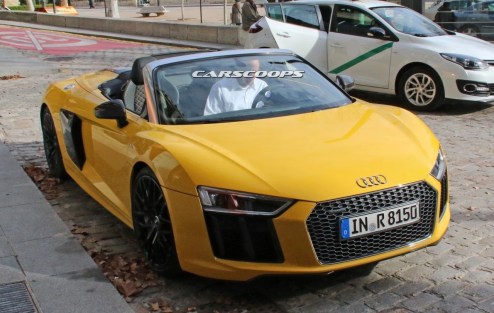 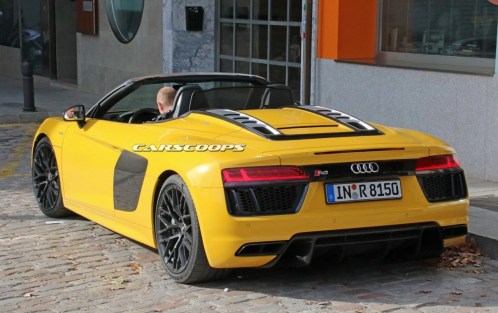 We have got more images of the next-gen Audi R8 Spyder. A yellow example was spotted recently in Germany. Clearly, Audi has no intention of keeping it under wraps until the official reveal.

This seems like the more powerful R8 Spyder V10 Plus model which would be launched along with a more sedate 533 hp R8 Spyder V10. Furthermore, an entry-level version is also expected sporting a twin-turbo V6. 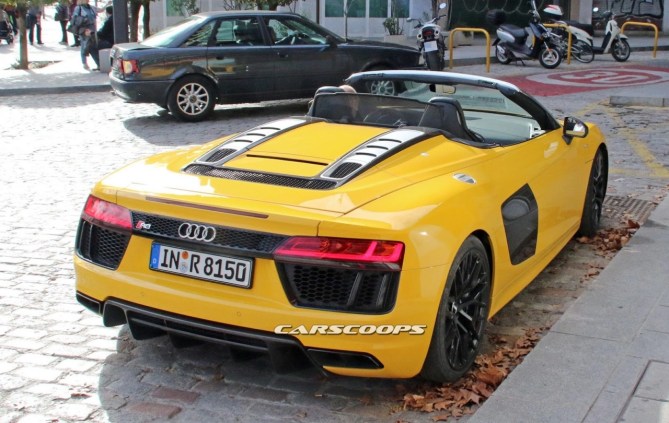 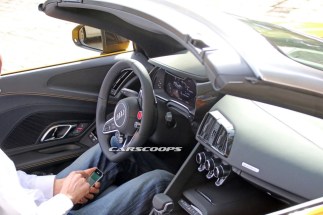 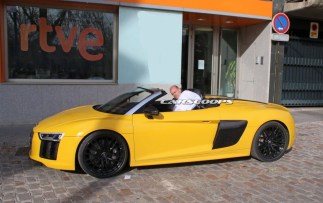 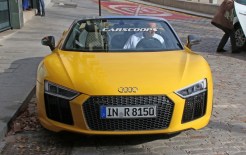 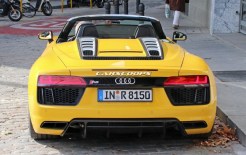 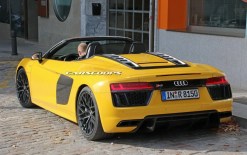 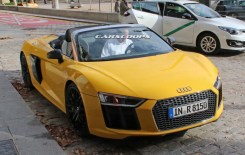 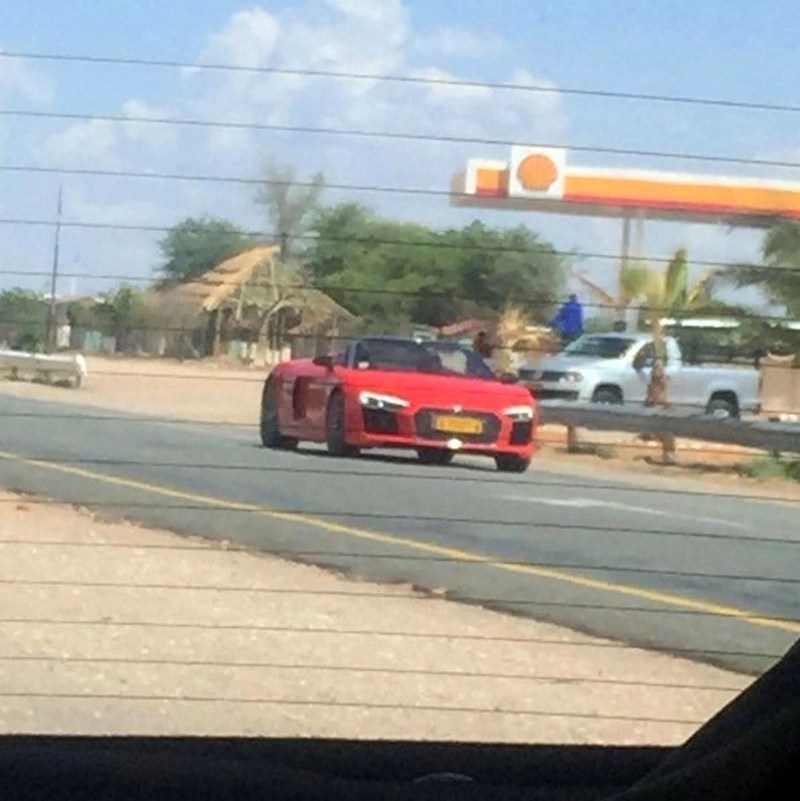 The 2017 Audi R8 Spyder prototype has been spotted in Namibia just on the outskirts of the great Kalahari desert. Audi seems to have chosen this part of the world to test the new R8 Spyder in hot and arid weather before its scheduled launch later this year.

The 2017 Audi R8 Spyder is expected to be launched at the Beijing Motor Show in April. It is the second generation R8 convertible and will be available with the same 5.2-liter V10 that its shares with the Lamborghini Huracan. The new model is based on a lightweight platform and will be offered with a fabric roof much like its predecessor. 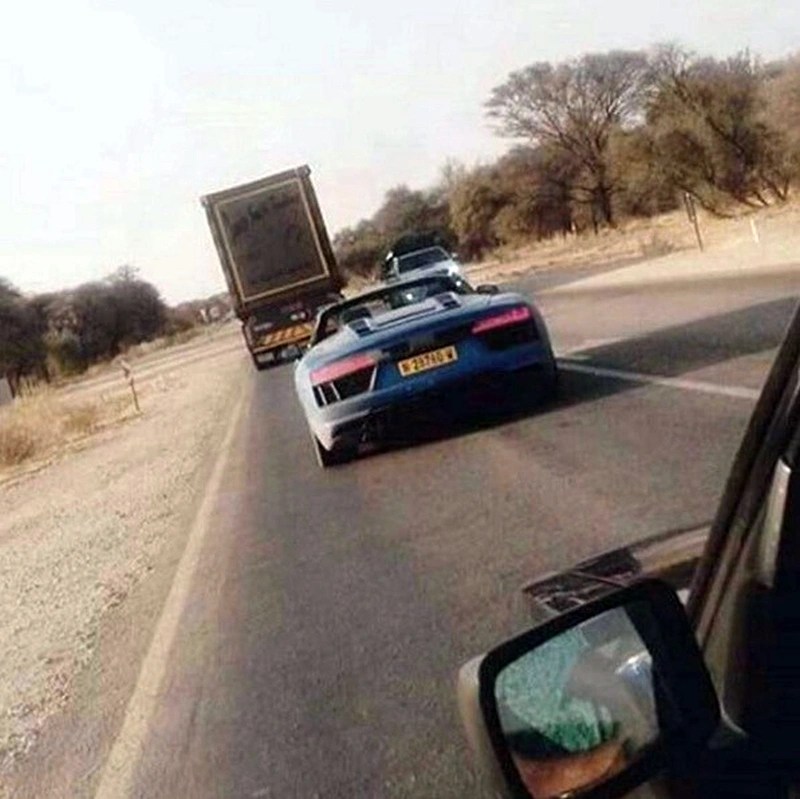 Styling wise, the R8 Spyder doesn’t look any different compared to the coupe. It still has that aggressive front end with a low bonnet line and an angular grille flanked by the new headlights. The rear end too has been carried over from the coupe. The clear engine cover found on the coupe is gone and replaced with a raked bulkhead with cooling vents.

The Audi R8 Spyder V10 Plus variant will get the 602 hp and 413 lb-ft 5.2-liter V10 straight out of the Huracan coupled with a 7-speed dual-clutch transmission. Quattro will be standard across the range, of course, while top speed will be around 200 mph. 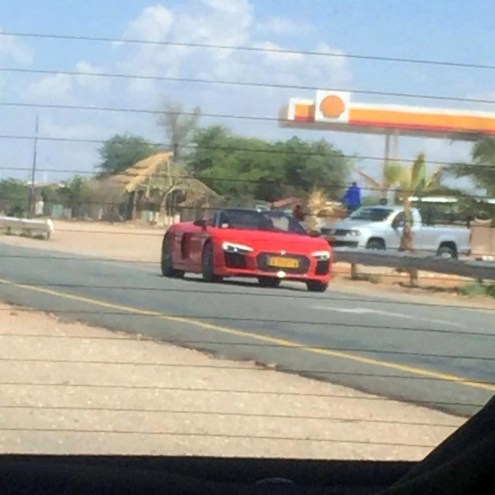 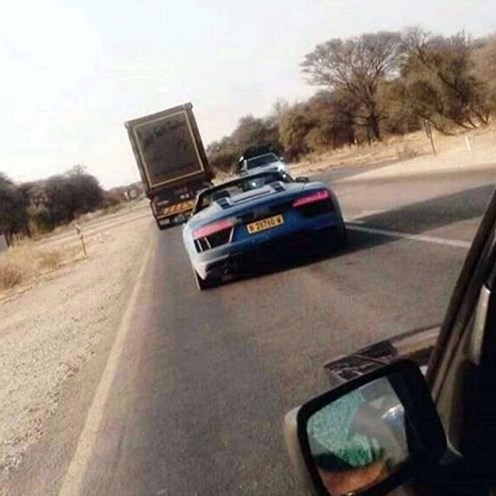