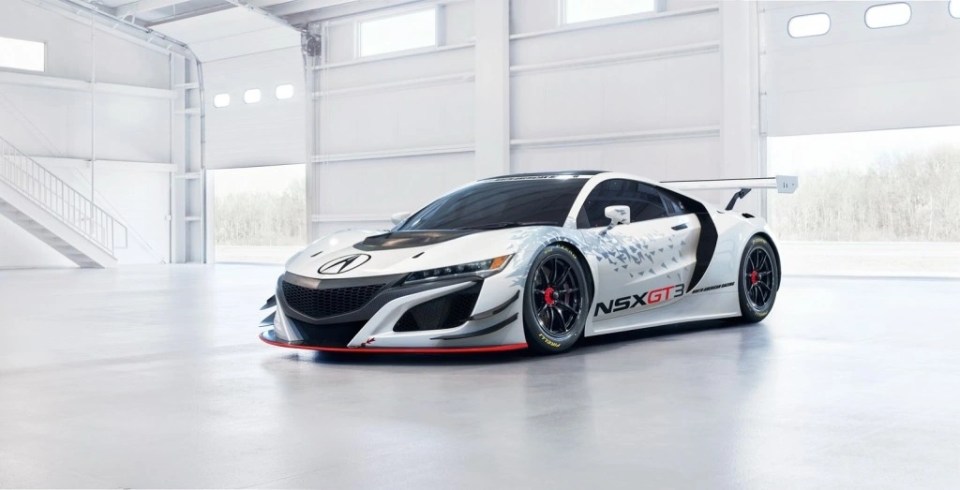 Acura is entering IMSA GT racing series with the new Acura NSX GT3 race car. The racing version of the NSX supercar was unveiled at the 2016 New York Auto Show.

The new Acura NSX GT3 will be a part of the United SportsCar Championship initially. If it will it enter the European endurance circuit needs to be seen. A GT500 spec Acura NSX has been racing in Japan for quite some time now and the SuperGT engineering team played a key role in the development of the GT3.

The Acura NSX road car paved the way for the homologation of the GT3 car. While, it shares most of its components with the road car, it drops the hybrid system and all-wheel drive for a conventional mid-engine rear-wheel drive layout as per regulations.

The engine is the same 3.5-liter V6 twin-turbo which is currently being tested and final specs would be released at a later date. The 10-speed automatic transmission from the NSX road car has had to go and its place is taken by a 6-speed sequential racing gearbox. Moreover, the know-how gathered from GT3 racing would trickle down to Acura road cars and more importantly, it would influence the upcoming Acura NSX Type R.