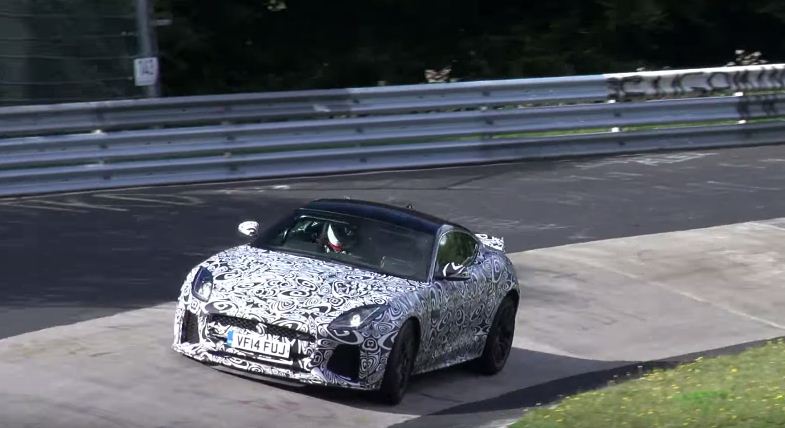 Jaguar is building a more powerful version of the F-Type coupe. A prototype of the 2016 Jaguar F-Type SVR Coupe has been spotted testing around the Nurburgring and it is going to be quite special. Based on a similar exterior design as that of the F-Type R, the SVR Coupe will be even more hardcore, hunkered down for insane performance.

The exterior upgrades includes a fixed rear wing and diffuser, modified front bumper with added cooling vents. Expect a lowered ride height and stiffer suspension as well. Moreover, the F-Type SVR Coupe will be all-wheel drive which should come handy with over 500 hp under the hood.

The Jaguar F-Type SVR Coupe comes from Jaguar-Land Rover’s Special Vehicle Operations (SVO) division. It will be the first F-Type to receive the SVO treatment. Previously, JLR launched a similar high-performance SUV in the form of the Range Rover Sport SVR with an equally monstrous V8 engine. Much like the RR Sport, the F-Type SVR Coupe will be the best F-Type in its range.