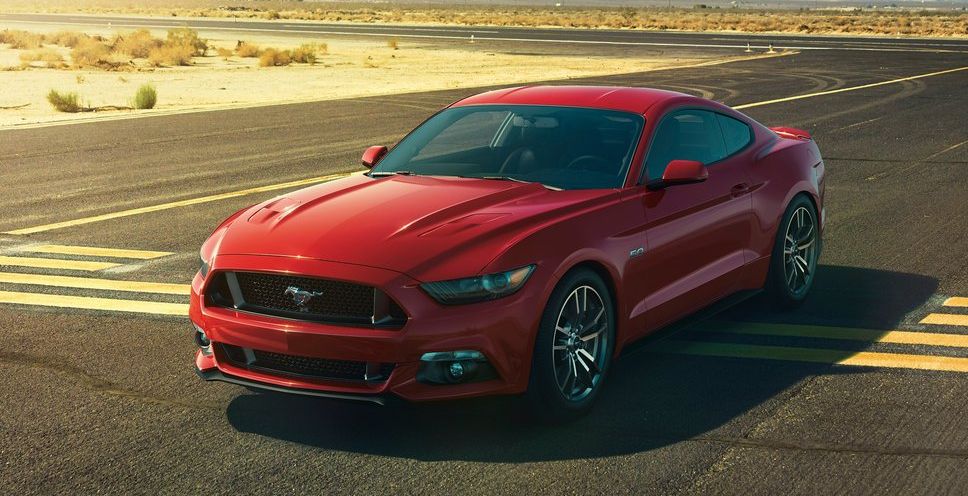 The 2015 Ford Mustang arrives this fall following a worldwide mega reveal at the end of last year. The new Ford Mustang is a totally updated product which now has finally given up its old live-axle for a more sophisticated suspension setup. That said, the Ford has retained the awesome 5.0-liter V-8 engine which now boasts of more power and better fuel economy. It is one of the most anticipated cars of 2014 and it would be hard for those fans who have been waiting for icon to finally arrive. Hence, to keep those folks busy until, Ford has unveiled the digital configurator on their official website.

According to the model configurator, the 2015 Ford Mustang range will be offered in two body styles- fastback coupe, convertible. The 3.7-liter V-6 petrol is the base offering followed by the all-new 2.3-liter EcoBoost which will available in two variants, viz. Base and Premium. The 5.0-liter V-8 engine comes with the GT badge as well as on the GT Premium. The base price for the Mustang V6 is USD 23,600, while the EcoBoost range starts at USD 25,170. The 2015 Ford Mustang GT 5.0-V8 can be yours for just under USD 40,000 including options.