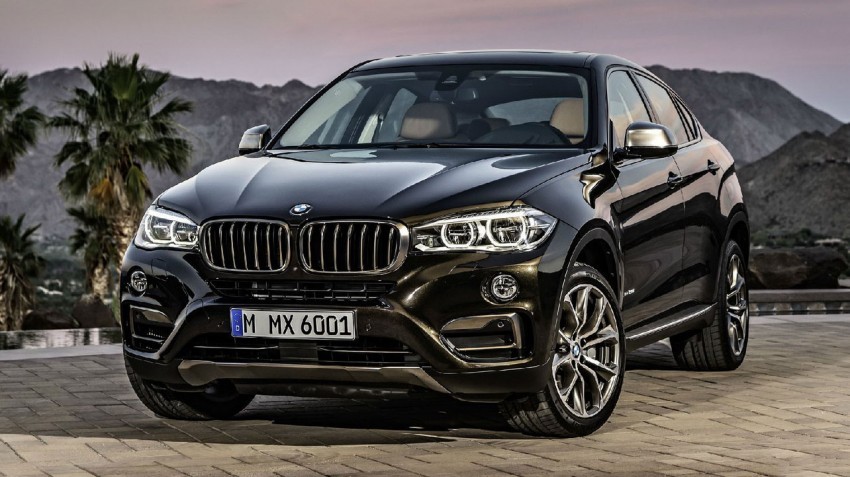 BMW will launch the all-new BMW X6 tomorrow and just a day ahead of its official debut, images of the new model have surfaced over the internet. The BMW X6 was the first BMW sports-activity vehicle designed to look like a coupe. Earlier in the year, BMW launched a smaller, cheaper version called the X4. Styling details on the new X6 are pretty much similar to the X4, however it does looks more muscular than its predecessor. The interior too has undergone a slight makeover. Furthermore, BMW also plans to launch a sportier X6 M at a later date.

Based on the X5, the X6 will use the same engines as that of the X5. So, expect an xDrive35i, xDrive30d and xDrive50i to be available at launch. BMW will also sell an M-sport package comprising of numerous visual upgrades as an optional extra. All-wheel drive will be standard across the range. BMW will also offer the latest in in-car infotainment and i-Drive with touch-pad and paddle shifts as well as other premium features.