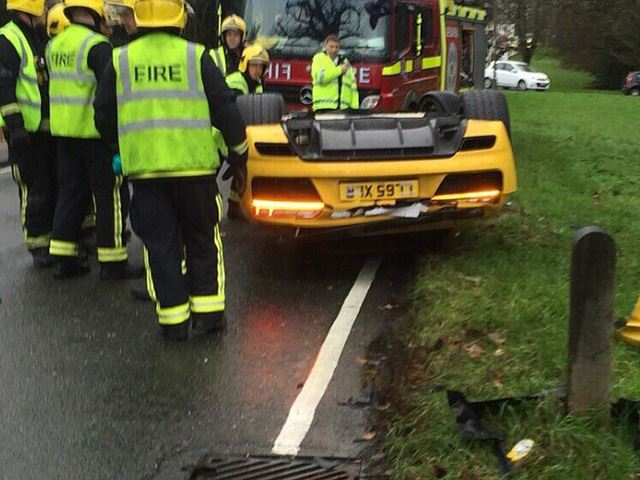 A 2016 Audi R8 V10 Plus belonging to Audi Watford in the UK was involved in a massive crash today. The supercar was taken out for a test drive by a prospective customer when the accident happened. Both the driver and passenger were reported to be safe despite the car ending belly up after hitting a curb.

The new Audi R8 V10 Plus finished in yellow was being driven by a prospective customer on typical British wet day. The roads were slippery and the power of the new R8 V10 was perhaps a little too much for the driver to handle. The expensive supercar hit a curb and flipped over. This resulted in extensive damage to the roof and the engine bay. The front end was completely destroyed in the crash. 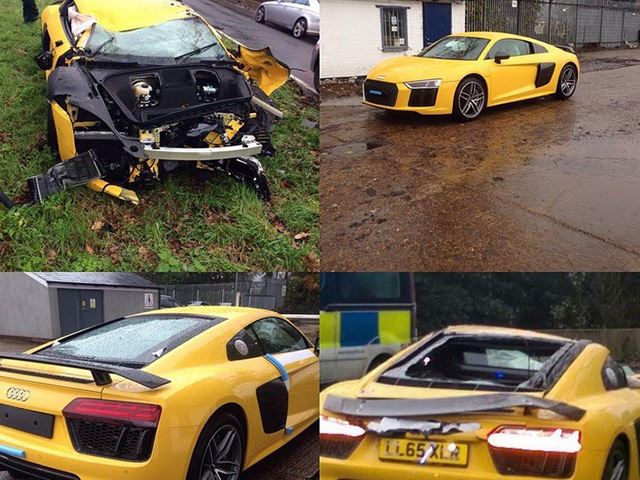 The occupants of the car were believed to have escaped unscathed, however the car might be a complete write-off given the extent of the damage. 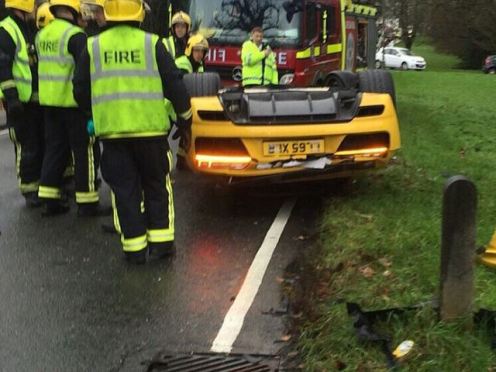 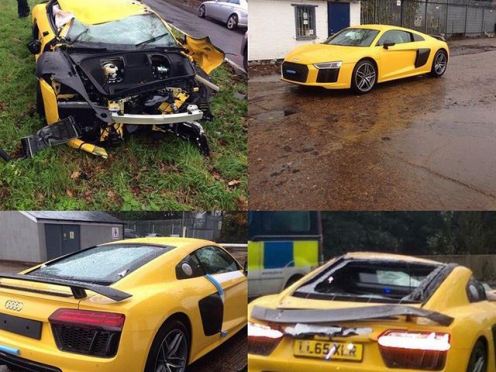