Maranello made only 272 of these cars and that makes this 1985 Ferrari 288 GTO theft all the more upsetting.

Bad news, gentlemen. A rare 1985 Ferrari 288 GTO was stolen the other day in Germany. The car thief got away with the car after posing as a “car collector” interested in purchasing the $2.2 million exotic from a seller in the city of Düsseldorf.

The BBC reports that the yet-to-identified car thief showed up at the dealership as per a previously agreed appointment to check out the priceless supercar. Both the seller and the man then went for a test drive.

The seller drove the 288 GTO at first with the thief riding shotgun. After a while they pulled over and the seller got out of the car to switch seats. The thief found the perfect opportunity to make his move, got into the driver’s seat and drove off with exotic. 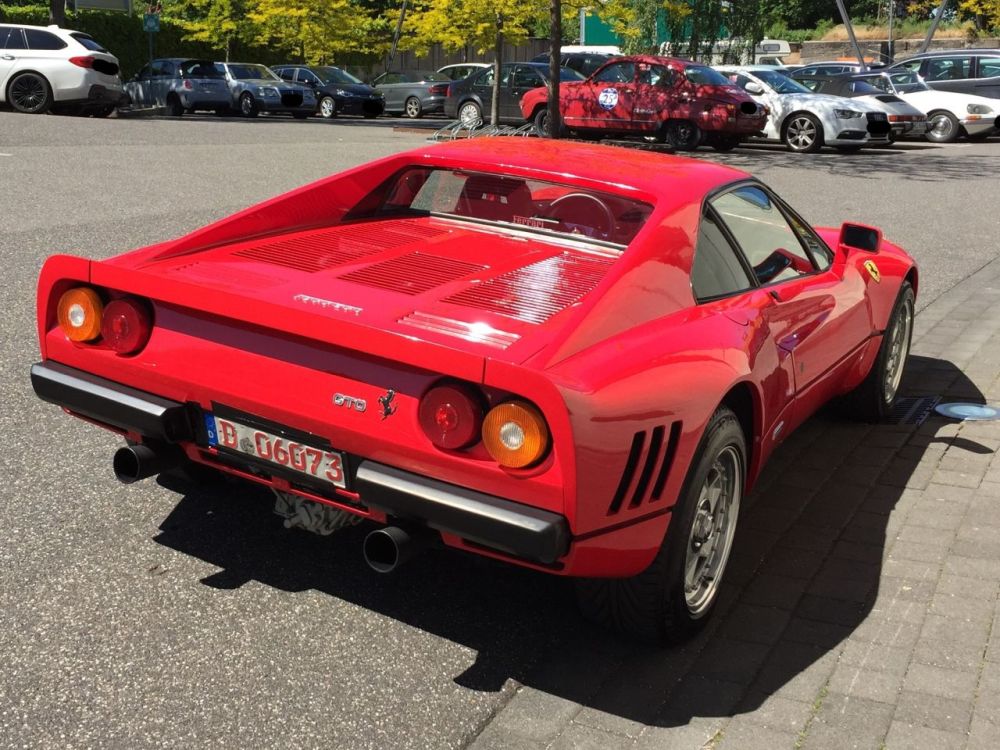 The dealer description states that the car had around 27,000 miles on the odo and was once owned by one Eddie Irvine. We know him as the guy who used to race Formula 1 cars for Ferrari back in the 90s.

Anyway, we have good news to wind up what would have otherwise been a disappointing case of car theft. Thanks to the help from the public, the police found this 1985 Ferrari 288 GTO hidden in a garage in the town of Grevenbroich. That’s not too far from the city of Düsseldorf where the theft took place.

The car thief, on the other hand, is still at large and the police has released a screen grab of the chap inspecting the car. Head over to the BBC page to take a look at the perpetrator and going by the looks, Randall “Memphis” Raines isn’t the suspect. (Couldn’t help but bring in a “Gone in 60 Seconds” reference in some way to a car theft news.)