Silverstone Auctions will feature this exotic 1958 Porsche 356 A Speedster in its upcoming event scheduled to take place on February 23.

Coventry, UK will host the Silverstone Auctions event which should not be skipped if you are wealthy Porsche enthusiast. A super-rare 1958 Porsche 356 A Speedster will be one of the biggest stars of the day and the lot number that needs to be noted is 337. The auction house is estimating the classic Porsche to fetch anything between $361,000 and $412,000 once the bidding concludes.

This example was manufactured in 1958 with a silver exterior and a red leather-wrapped interior. Thankfully, the extensive restoration procedure that the Speedster went through kept the same combination intact. What’s more impressive is that it still has the original 1,582cc flat-four engine and 4-speed transmission. 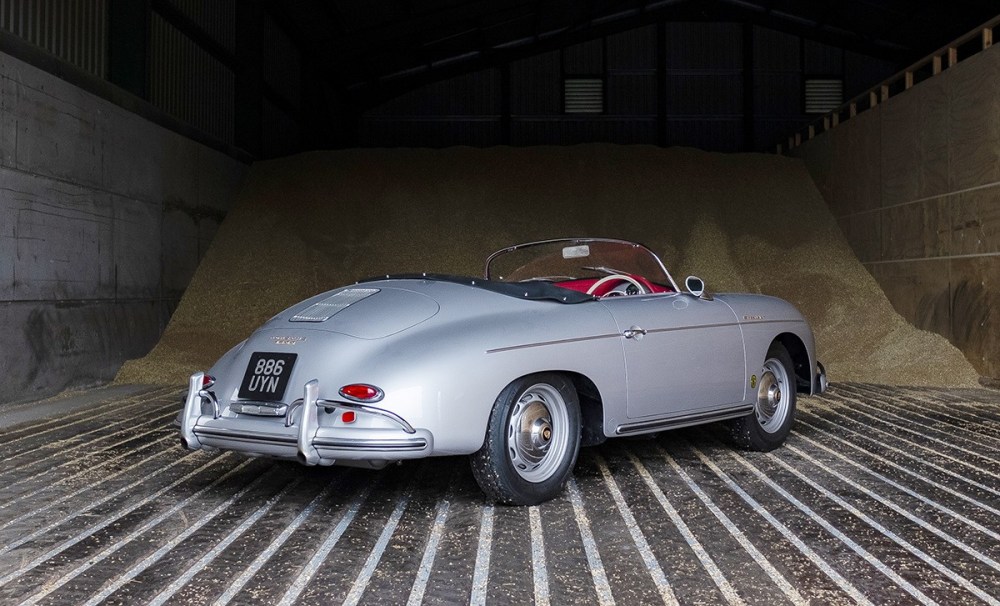 The car has a history which saw it being sold through a renowned Porsche dealer in New York. After spending a good number of years in the US, the current owner picked it up from a Pebble Beach auction, shipped it to the UK and then executed a right-hand drive conversion in 2015.

The new owner may have considered the classic as an investment and kept it in storage, choosing to drive it rarely. The description pitches this Porsche 356 A Speedster as both a solid investment and as a classic car which must be driven to be enjoyed. Being in pristine condition and with all taxes paid, complete with UK registration, the new owner should certainly consider the pleasures of driving it rather than sending it off to another climate-controlled storage facility.