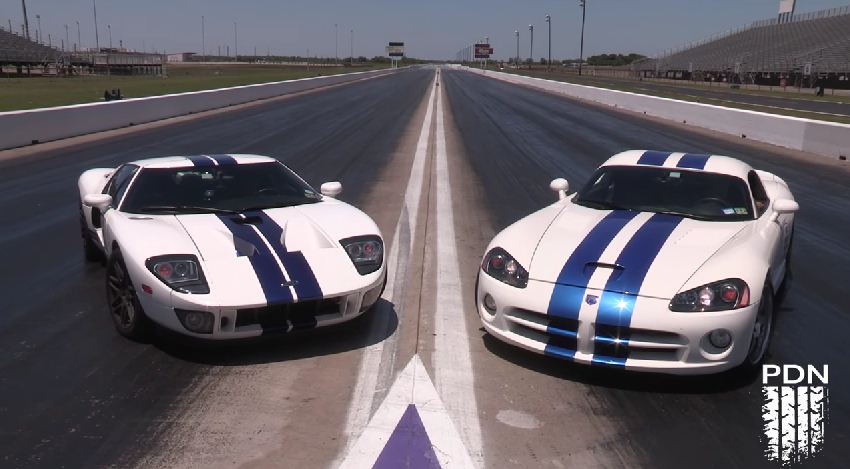 Two of the greatest American sports car battle it out on a drag strip. The Ford GT takes on the Dodge Viper. Each one of the them powered by completely different engines but both producing 1100 hp each. Who would be the quickest over the quarter mile?

Let’s break it down to see who has the better package. The Dodge Viper derives its power from a V10 engine boosted to produce 1100 hp. Power goes to the rear wheels, of course. The Ford GT has its engine mounted in the middle, behind the driver’s cabin. The supercharged and turbocharged V8 also puts out 1100 hp which drive the rear wheels. However, with the engine mounted in the middle, the GT has better traction off the line.