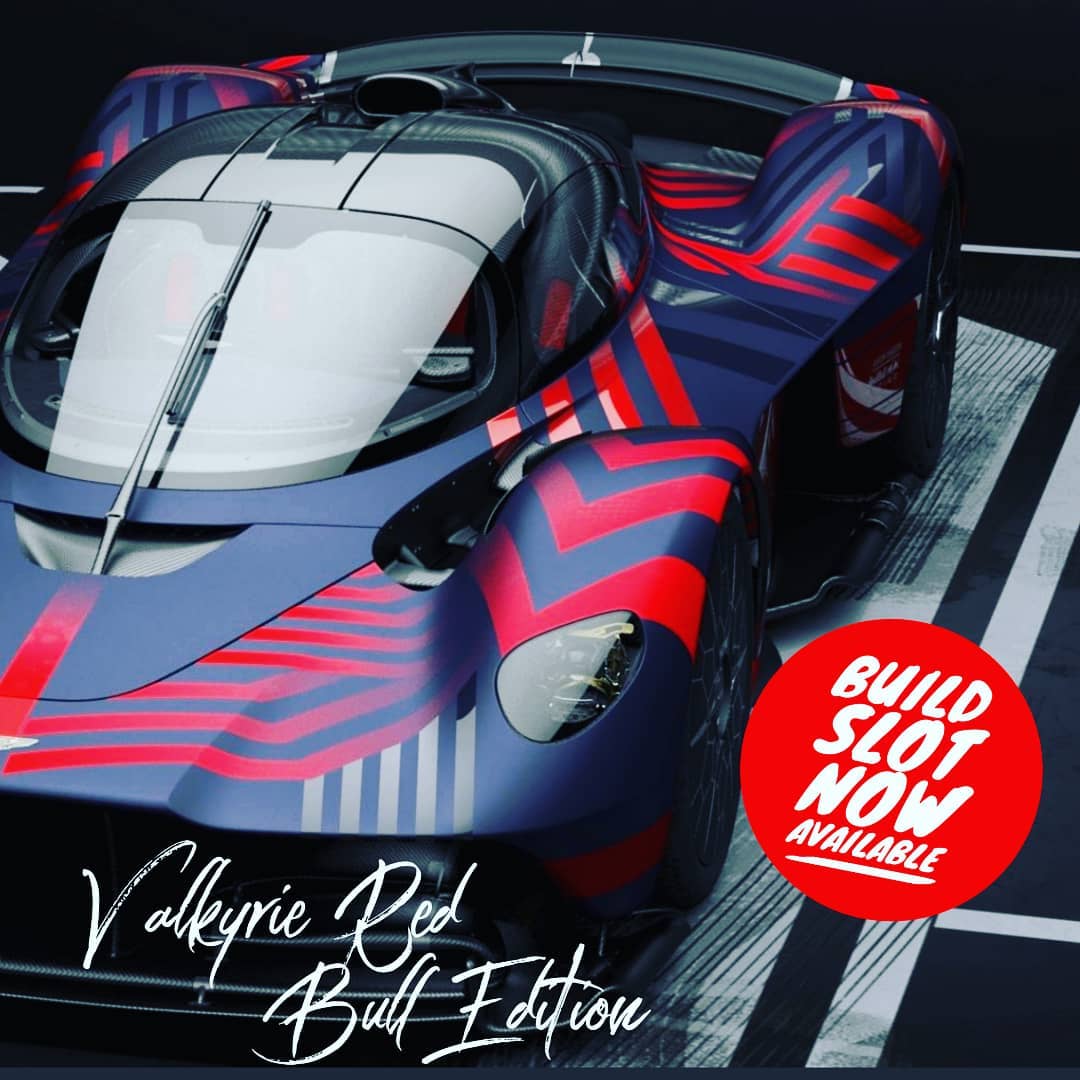 Last week we had reported about the Valkyrie Red Bull Signature edition. We now have yet another confirmation from Knight International.

The Signature edition is likely to be a cosmetic update with a special livery and could get all the kit from the AMR Track Performance Pack. It is said that the track version could be offered in a special livery, while the road car is likely to get a choice of 7 livery options.

Aston Martin is yet to deliver the first Valkyrie hypercar but reports of new limited edition models just keep coming. This shows, that there’s demand for this car and billionaires are lining-up to scoop them up.

Our sources have confirmed through a reseller that Aston Martin is building a Valkyrie Red Bull Signature edition. It’s no surprise that this will be a limited run model. We are told that Aston is building just 25 units.

Now, we have been reporting about what is being referred to as the “Ultimate Valkyrie” for some time now. Let’s be clear, the Valkyrie Red Bull Signature edition isn’t that and technical details about it are not yet known. However, we will keep you updated on the same whenever fresh information is available.

Speaking of the Ultimate Valkyrie, it is the most extreme iteration of the standard car – one that designer Adrian Newey had originally envisioned. It will be built in extremely small numbers and has been offered to the handful of folks who have bought the AMR Pro version. According to sources, the Ultimate Valkyrie is expected to be around £3.5 million before taxes and options.