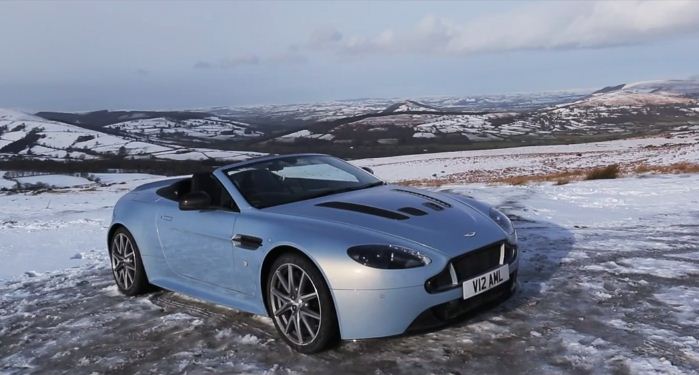 South of France, Italy or Spain. That’s where you’d want to be in an Aston Martin convertible and not in Britain, especially during winters. But anyhow,  Alex decided to take the Aston Martin V12 Vantage S roadster out for a drive on a perfectly normal, snowy and dreary winter’s day. Even on a horribly cold day, Aston’s monstrous V12 overshadows even nature.

That’s the largest engine Aston’s got in the smallest car they make and doesn’t it work wonders. Over 560 bhp and 620 Nm are pumped out from its 12 cylinders adding the perfect soundtrack to the landscape around. The roadster with its fabric roof may be a tad heavier than the coupe, but it still crack 200 mph. The only bad thing about this Aston Martin is same thing that’s wrong with the rest of their range- the gearbox, as XCARFilms finds out.