Mercedes-AMG is working on a more hardcore version of the C-Class Coupe. We believe, a C63 R Coupe is being developed for those who think the 510 hp AMG C63 S isn’t fast enough.

The Mercedes-AMG C63 R Coupe is currently being tested at the Nurburgring. The sporty coupe was captured on video wearing an aggressive looking body kit complete with wing. Other changes to the exterior include a low front splitter with tiny canards for added downforce. Moreover, the swollen wheel arches never look out of place on an AMG coupe.

Since, it is based on the current AMG C63, the same 4.0-liter bi-turbo V8 engine is expected to power it. Most certainly with an incremental change in performance over the 510 hp AMG C63 S, but by how much? 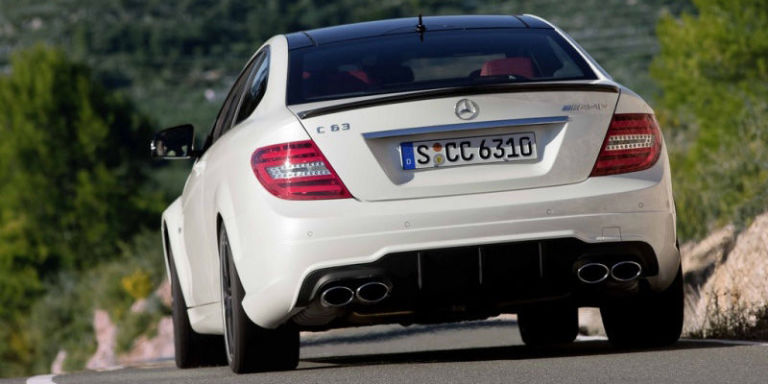 On a side note- Eagle-eyed Mate Petrany of Road & Track deserves credit for pointing out that the license plate on the prototype spotted at the Nurburgring is the same SCC 6310 plate which once belonged to the previous generation C63 AMG.