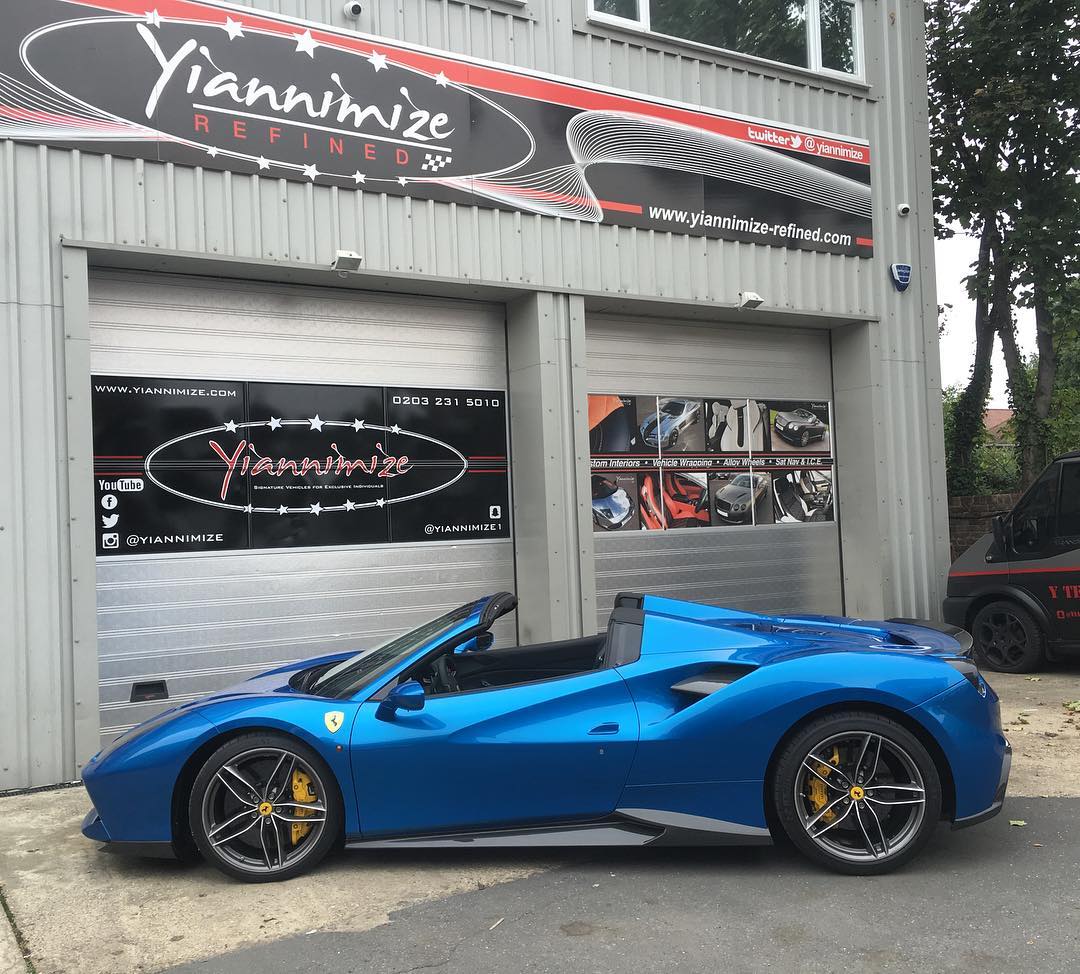 Firstly, Yianni’s new car comes in the special paint named ‘Blu Corsa’. However, due to Yianni owning a wrapping company, he has stated that he will be wrapping the car in the future – will he wrap it in chrome rose gold to match his Range Rover? Yianni’s 488 has pretty much every carbon part you can think off. The interior follows the same color theme as the exterior, in black, blue and carbon-fibre. Yianni has also said that he will be fitting an after-market exhaust and wheels to his new automobile. The Ferrari 488 Spider uses a 661 hp 3.9-liter twin-turbocharged V8. In addition, the performance statistics are high: the 488 can reach 203 mph and 62 mph in a rapid 3 seconds.

Londoners should keep their eyes out for Yianni in his new Ferrari! 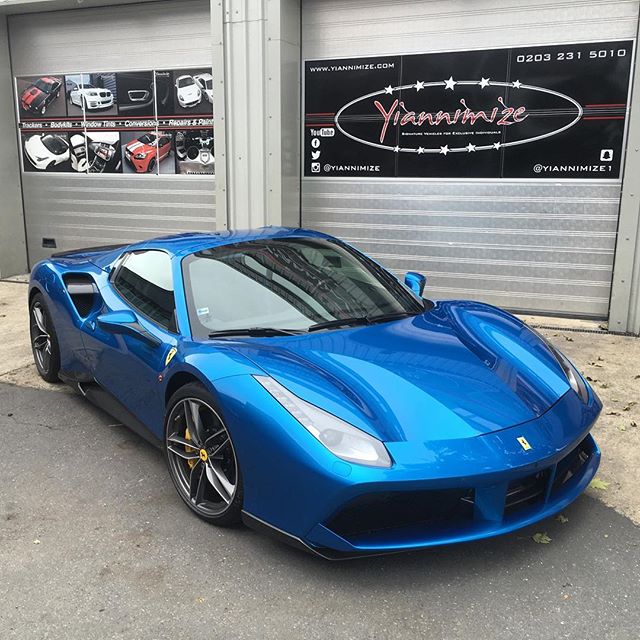 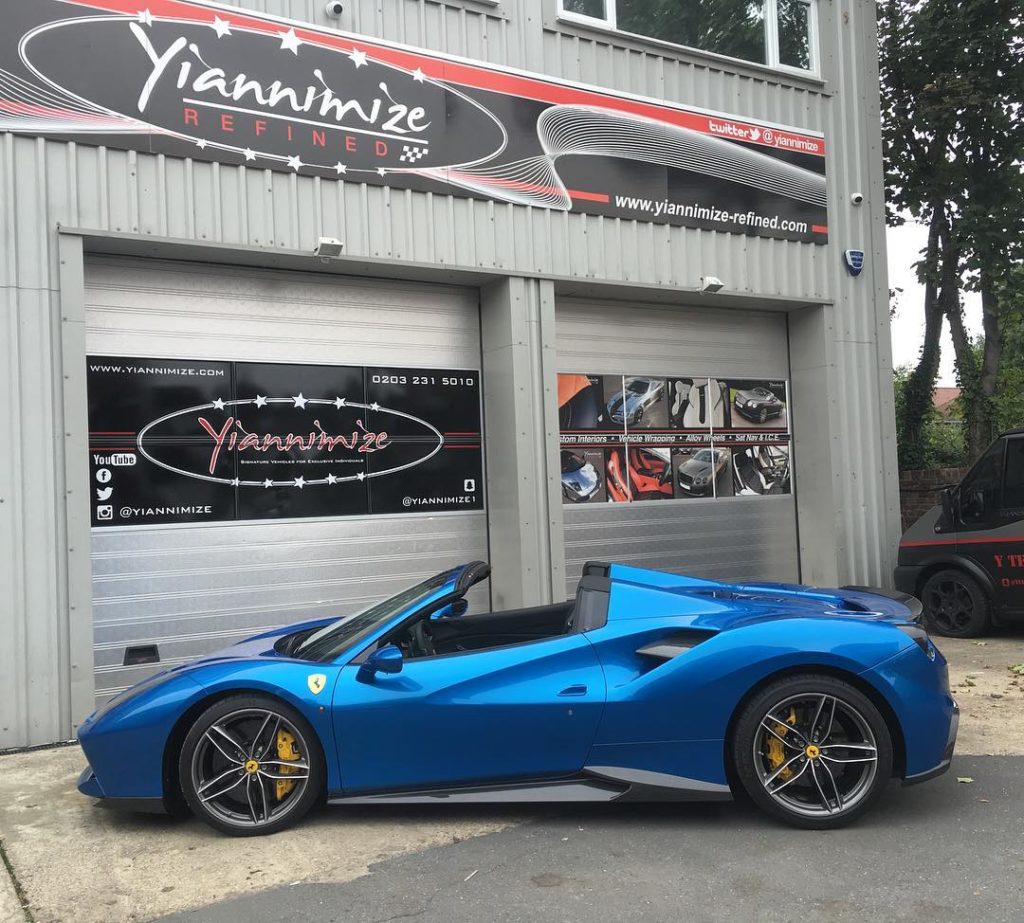 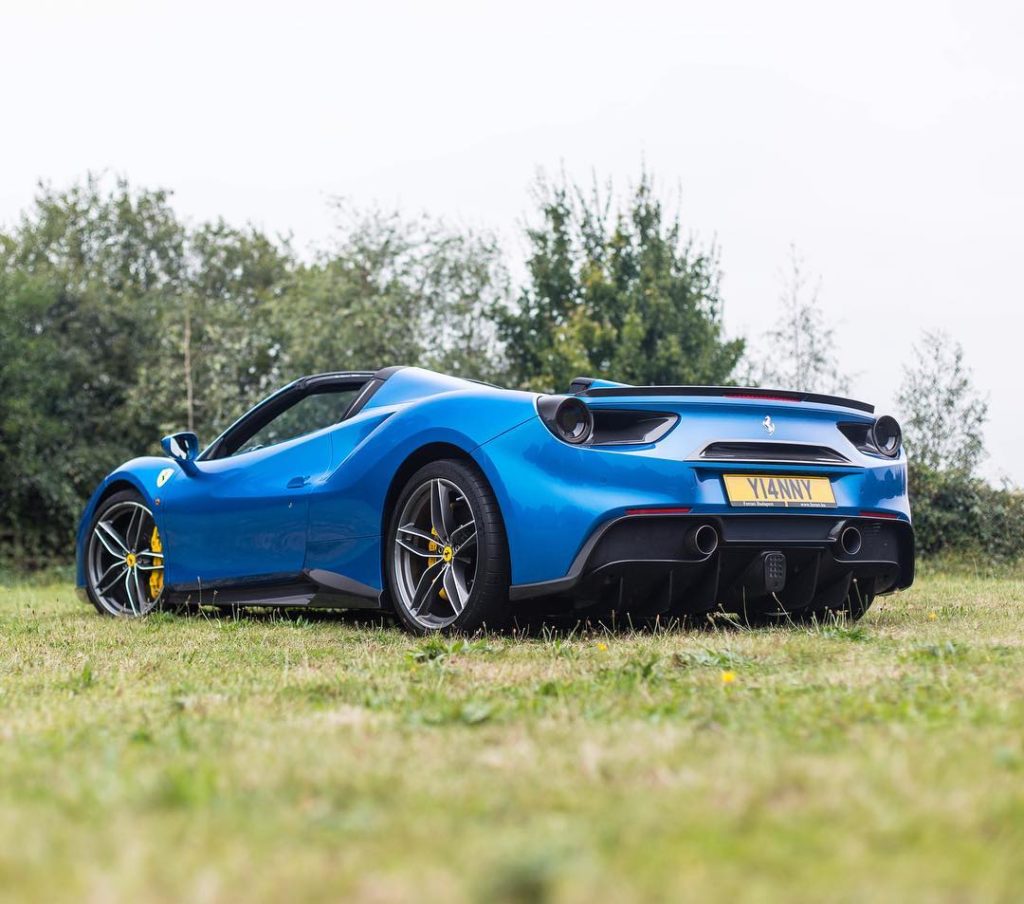